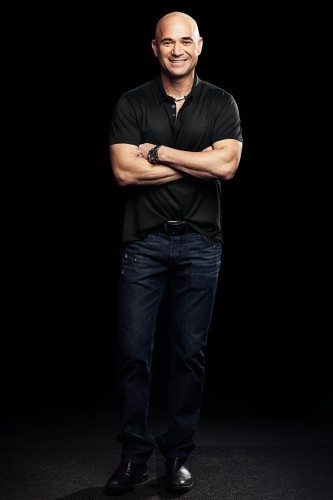 The dinner is set for July 18th at the Governor’s Mansion in Carson City. Tickets are on sale now at $300 per person with tables of eight at $2,400. VIP tables are available for $3,500, which includes access to the VIP reception with Agassi prior to the dinner. All proceeds from the Governor’s Dinner benefit student-athlete scholarships at the University of Nevada. For tickets or more information, call (775) 682-6901 or email [email protected].

“We are thrilled to have one of the best athletes of our generation to speak at this great event,” Knuth said. “The Governor’s Dinner is one of the premiere events in our area each and every year and this promises to be a wonderful night.”

A native of Las Vegas, Agassi turned professional at age 16 and won his first professional event in Reno at Lakeridge Tennis Club. He rose to international fame, earning 60 men’s singles titles, including eight Grand Slam singles championships, over a 20-year career.  A former World No. 1 player, Agassi is the only male player ever to win all four Grand Slam titles and an Olympic gold medal.  He was also a member of three winning Davis Cup teams (1990, 1992 and 1995).  On July 9, 2011, Andre was inducted into the International Tennis Hall of Fame for the Class of 2011.

While his tennis career took him all over the world, Agassi always stayed connected to his hometown of Las Vegas, Nevada.  In 1994, at the age of 24, he created the Andre Agassi Foundation for Education.  Early activities included building a shelter in Las Vegas for abused and neglected children, creating the Andre Agassi Boys and Girls Club, and developing Team Agassi, a tennis program that nurtures professional players and puts college within reach.

Over 20 years, the Foundation has honed its mission to focus on transforming public education.  In 2001, in partnership with the Clark County School District, the Foundation opened the Andre Agassi College Preparatory Academy, a tuition free K -12 public charter school, in historical West Las Vegas with approximately 1,200 students.

Since the inception of the Andre Agassi Foundation for Education in 1994, $180 million dollars has been raised to benefit the mission of the Foundation including $118 million from the Grand Slam for Children fundraising event.

He is married to tennis superstar, philanthropist and businesswoman Stefanie Graf.  The couple resides in Las Vegas with their children, Jaden Gil and Jaz Elle.

The event will start with cocktails at 5:30 p.m., and the family-style, sit-down dinner provided by the Eldorado Hotel Casino begins at 7 p.m. followed by the program.