Winners in statewide Poetry Out Loud competition announced this week 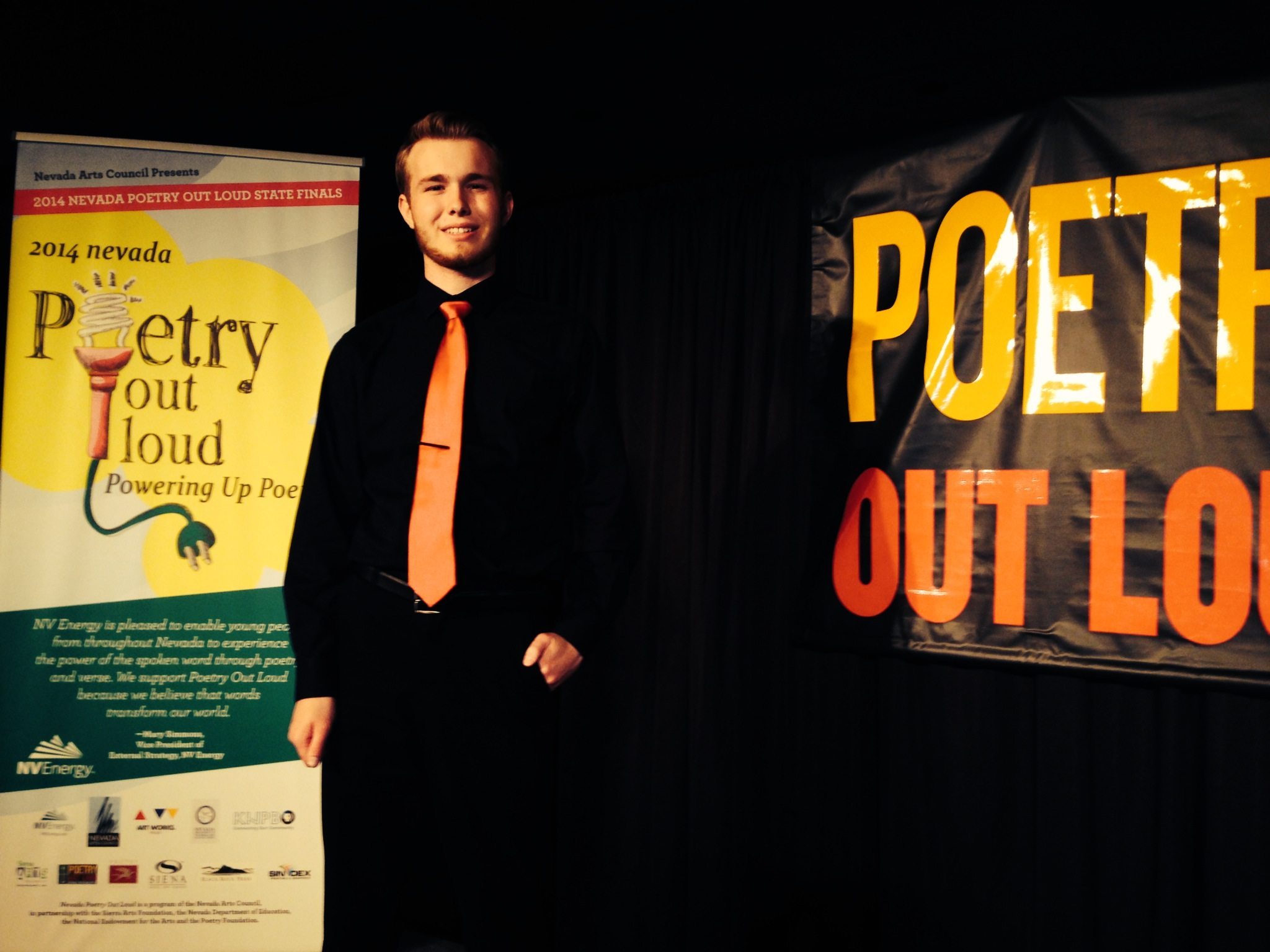 CARSON CITY, Nev. — Christian Schunke, a senior at Yerington High School, was named Nevada’s 2014 Poetry Out Loud State Champion at the ninth annual Nevada State Finals, March 15 in Reno.  Schunke recited “I am the People, the Mob” by Carl Sandburg; “American Smooth” by Rita Dove; and “Invictus” by William Ernest Henley.  He received $1,000, an all-expense-paid trip to attend the National Finals in April in Washington, D.C., and $1,000 for his school for literary programming.

Princess Jackson of Green Valley High School in Clark County took second place and Mikayla C. Bates of Elko, was third. Each received $500, and $500 for their schools.

The Nevada Arts Council coordinates the Poetry Out Loud competitions in Nevada.

Schunke will continue in the competition on the national level, representing Nevada at the National Poetry Out Loud Finals in April. He will compete for $50,000 in awards and school stipends, with a $20,000 prize for national champion.

This year, more than 2,500 high school-aged students across Nevada participated in the statewide competition, with nearly 360,000 engaged nationally.

At the March 15 state finals, an engaged audience at the Siena Hotel in downtown Reno listened intently as Schunke and more than a dozen other high school-aged students recited classic and contemporary poems.

All state finalists prepared three poems selected from an anthology of more than 600 classic and contemporary works to compete at three levels: school, county and statewide. At the state finals, the top three finalists competed in a third round, after which a panel of judges made its final decision. At each level, judges reviewed each recitation, using 10 different criteria, including accuracy, voice inflection, difficulty of selection and interpretation.

“Students, teachers, coaches and parents dedicate themselves to the program for months in advance,” Susan Boskoff, executive director of the Nevada Arts Council, said.

Poetry Out Loud is a program of the Nevada Arts Council, presented in partnership with Sierra Arts Foundation, Nevada Department of Education, National Endowment for the Arts, the Poetry Foundation, and this year’s major sponsor, NV Energy.

The Nevada Arts Council is the agency charged with ensuring that state and national funds support cultural activity and encourage participation in the arts throughout Nevada.  In addition to providing hundreds of grants to arts- and community-based organizations, schools, artists and local municipalities throughout the state, the Nevada Arts Council coordinates a variety of statewide programs and activities such as the annual Poetry Out Loud recitation competition for high school-aged students, traveling exhibits, artist residencies, workshops and cultural assessments. For more information, visit the department’s web site at www.nevadaculture.org.