What: Sundance Books and Music is hosting poetry reading with Bay Area poets Sara Mumolo (MORTAR) and Catherine Meng (THE LONGEST TOTAL SOLAR ECLIPSE OF THE CENTURY). This is the first event in a new quarterly reading series, “Some Readings at Sundance.” Curated by local poets Laura Wetherington and Jared Stanley, this new series will feature poets and writers from outside Northern Nevada. 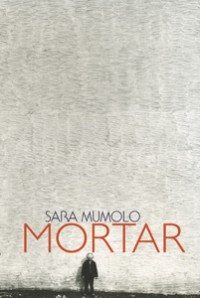 MORTAR by Sara Mumolo
Mortar is a text of stealth and volatility, of both explosive and empathic interactions. Just as the title connotes both the short smoothbore gun used by the military to wreak havoc, and the organic material made from cement, sand, lime and water that bonds the bricks of a cityscape together, so, too, do these poems offer both the emergency of society’s destructive failings and the sometimes vexed sometimes confoundingly transformative emergence of intimacy between self and other. The fragments that construct these poems court grammar and turn from it, their slipperiness befits both the anxiety and ambivalence—the pleasure and the trap—of attempting to name the known, the knowable, and then to find oneself snared in the constructs that such knowing compels one to inhabit. Uneasy, vigilantly aware of the mire of awareness, these poems wrest from daily encounters of city life a contentious consciousness that can open, albeit explosively to each next instant.

Sara Mumolo is the author of Mortar (Omnidawn, 2013) and the Program Manager for the MFA Program in Creative Writing at Saint Mary’s College of CA.  She created and curated the Studio One Reading Series in Oakland, CA from 2008-2012, and Cannibal Books published her chapbook, March, in 2011. Poems have appeared in 1913: a journal of forms, Action Yes, Lana Turner, The Offending Adam, Real Poetik, and Volt, among others. She lives in Oakland, CA. 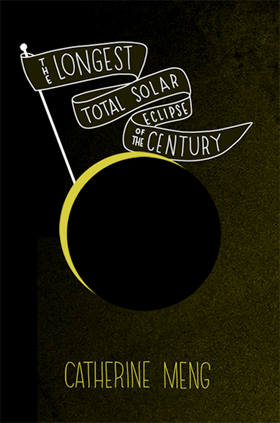 THE LONGEST TOTAL SOLAR ECLIPSE OF THE CENTURY by Catherine Meng
No narrative can contain a life. The illusion that it could has always hindered both fiction and living. Catherine Meng’s The Longest Total Solar Eclipse of the Century purports to capture a year, but the details keep threatening to escape. There’s a difference between the need to make sense and embracing the senseless, but sometimes the GPS goes dark and you have to improvise: “I saw a bee & thought of you somewhere north on a ladder / among the limbs of apple trees.” Meng’s book gathers the shards of a fractured present while incorporating dreams, diary entries, and the back brace worn by a stock boy at Staples. We should hope that every year contains at least this much.
–Alan Gilbert

Catherine Meng is the author of Tonight’s the Night (Apostrophe Books, 2007) and The Longest Total Solar Eclipse of the Century (Split Level Texts, 2013). She is the winner of an AWP Intro Award, the Las Trampas Institute’s Robert Byron Horton Writers’ Residency Award, and a Gertrude Stein Award for Innovative Poetry. Her poems have appeared in numerous journals including The Boston Review, Crowd, Fence, and Jubilat, and the anthologies Bay Poetics (Pressed Wafer) and Joyful Noise (Autumn House Press).  She lives with her family in Berkeley, CA.