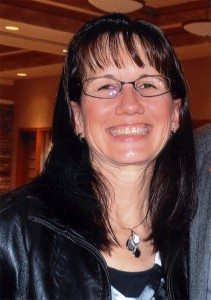 pdate: Information regarding a subsequent investigation related to case no. 14-1194

On March 3, 2014, after midnight, Washoe County Sheriff’s Office deputies were dispatched to the area of 12000 Ocean View Drive on a report of a suicidal missing man. Family members of Mr. Gerald Muhl told deputies that Mr. Muhl had left his home on foot and were concerned that he may be suicidal. Gerald Muhl was the husband of still missing Colleen Muhl. Deputies thoroughly searched the neighborhood but found no sign of Mr. Muhl.

On the morning of March 3, a local resident discovered the remains of a deceased male in a field near the 12000 block of Ocean View and reported it to authorities. Sheriff’s Office detectives were immediately called to the scene and began an investigation. Cause of death was pending on a medical examination completed by the Washoe County Medical Examiner’s Office. On March 4th, the Washoe County Medical Examiner’s Office was able to confirm the identity of the decedent as Gerald Muhl whose death was caused by a self-inflicted wound. At this time, Detectives are not seeking a person of interest or a suspect in this death investigation.

Prior to his death, Gerald Muhl had been cooperating with Detectives on an investigation regarding the disappearance of Muhl’s wife, Colleen Muhl. This afternoon, Washoe County Search and Rescue teams are combing the area surrounding the Muhl’s residence and adjacent hillside for additional evidence related to this case.

Detectives are interested in speaking to anyone that had contact with or observed either Gerald or Colleen Muhl, especially on February 17th. Anyone with information on the Muhl’s or the possible whereabouts of Colleen Muhl is urged to contact the Washoe County Sheriff’s Office at 775-785-WCSO (9276) or Secret Witness at (775) 322-4900.