Tangerine Communications merges with The Ferraro Group – expands to Phoenix 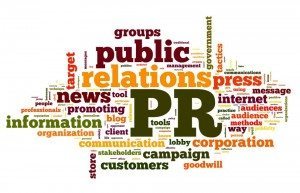 Austin added: “The opportunity to continue providing hands-on strategy to clients with one of Nevada’s most respected public relations and public affairs firms is the best of both worlds. Previous collaboration with Greg Ferraro, Holly Silvestri and The Ferraro Group’s talented team was incredibly successful and I anticipate delivering exciting results for our clients together.”

Tangerine Communications doubled revenues each year since launching in 2010 and proudly partners with local advertising agencies such as Davidson & Belluso and Skyhook Marketing in support of their client’s social media and public relations initiatives. Prior to forming Tangerine, Austin strategized for a variety of regional and national public relations clients while working with Off Madison Ave and E.B. Lane Marketing Communications of Phoenix. Additionally, Austin forged long-term community partnerships while serving in media relations, special events and marketing management roles with Mesa Community College and Northern Arizona University. Austin continues to be a freelance contributor with several Phoenix lifestyle and national fitness publications.