Home > News > University > OPINION: Discrepancies in published articles – What can be gained from them?
FeaturedOpinionUniversity

OPINION: Discrepancies in published articles – What can be gained from them? 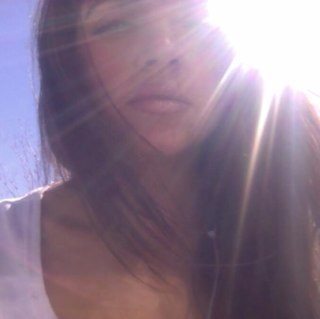 In the media there have been countless times where a celebrity or the person being interviewed has been wrongly portrayed because the interviewer chose to mix up words, but why would the publisher choose to make up things? Surprisingly the list isn’t too long, and it shouldn’t be surprising.

The main reason is for attraction. I think of all of the times when I have purchased a magazine at the grocery story while in the check out line because of something it says on the cover, such as “20 of the Best Sex Positions World Wide” only to find that the magazine really only lists six out of the twenty positions and these positions really nothing new. Simply put, it’s just a tool to attract people to the product which will eventually lead to them buying the product.

Buying the product is more than just a monetary trade. There are many rumors published in magazines about certain celebrities that the general public initially believe, but later find out that the information was completely false. To truly buy something, the customer not only purchases it with their money, but they also buy it with their minds.

This seems to be the case for the University of Nevada sex column writer in the Nevada Sagebrush, Anneliese Hucal.

“People need to realize that when I write my sex columns I am always putting myself in harm’s way, especially when someone misconstrues my words,” says Hucal in reference to a recent interview she did in which she was portrayed as a student who slept with a professor.

The real story is, she slept with a Teacher’s Assistant after grades were published, but in all honesty the TA is much less interesting compared to a story where a student sleeps with the professor. As I said in my interview with her, like many fast food chains are doing with America, it’s so easy to fatten something up and sell it. In Hucal’s situation the audience paid attention to the article not just for the brand that Hucal has created for herself, but because of the idea presented that she had slept with a professor.

That article was “fattened” up, which simply means artificial content was added to it.

Honesty is the best policy when it comes to publishing articles. Not only can it backfire on the company who publishes the article, but it can also incorrectly portray the person who was interviewed. Whenever I interview someone I always record it and then send the recording to the person who I interviewed. It’s a way to protect myself while making sure I don’t publish any incorrect information and they know I haven’t published any false information on them.

Avoiding discrepancies in anything I publish is what I do as a writer, and nothing is dull when thinking up something interesting to write about. If people choose to read an article or not is solely based on choice, but publishing false information only ends up damaging the writer’s brand in the end.