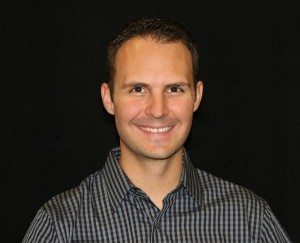 Matthew B. Brown has joined the city of Reno’s Office of Communication and Community Engagement as communications program manager within the City Manager’s office. Brown comes from Nevada Magazine, where he spent the last seven years as managing editor.

Based on the strategic innovative vision of the City Council and the city manager and with the leadership of the director of communications and community engagement, this position develops and disseminates key messages to inform local citizens and help shape the perception of the city of Reno locally, regionally and beyond.

Brown brings with him a wealth of communications experience, having managed all the editorial content and social media at the state tourism publication, as well as handling the public relations. He appeared weekly on KRNV Reno’s “The Forum” television show and co-hosted a weekly Nevada Magazine Radio Show that aired on 101.3 FM and 99.1 FM.

A Reno resident since 2003, Brown helped the magazine earn First Place: General Excellence four out of the last five years from the Nevada Press Association. Individually, he was named to The 2011 FOLIO: 40, a list of some of the most distinguished magazine and media professionals. That same year, he was recognized as Outstanding Journalist by the Nevada Press Association.

Brown, who holds a B.A. in Journalism from California State University, Chico (2003), also worked as a copy editor for the Reno Gazette-Journal and sports and outdoors editor for the Sierra Sun in Truckee.