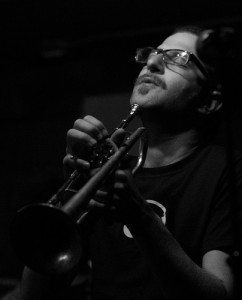 Considered one of the best of its kind in the world, and lauded by the San Francisco Chronicle as “showcasing music’s future,” the Reno Jazz Festival at the University of Nevada, Reno has been bringing jazz superstars and the finest emerging young artists to town for more than five decades. Celebrating 52 years of jazz, 1962-2014, the Reno Jazz Festival hosts three days of concerts, competitions and events on the University of Nevada, Reno campus, April 10-12, including Grammy nominee Kneebody and trumpeter Avishai Cohen, named a 2012 Rising Star by DownBeat.

Cohen has earned renown as an ever-creative player-composer open to multiple strains of jazz and active internationally as a leader, co-leader and sideman. He records with his trio Tiveni and tours as part of the prestigious SF Jazz Collective as well as with his family’s renown ensemble, The 3 Cohens Sextet. Cohen is also co-leader of Third World Love, exploring the sounds of the Middle East, Africa, Iberia and beyond.

Born and raised in Tel Aviv, Israel, Cohen began performing in public in 1988 at age 10, eventually touring with the Young Israeli Philharmonic Orchestra to perform under the likes of maestros Zubin Mehta, Kurt Masur and Kent Nagano. He arrived as an experienced professional musician when he took up a full scholarship at Berklee College of Music in Boston. In 1997, he established an international reputation by placing third in the Thelonious Monk Jazz Trumpet Competition.

Of his work, The New York Times has declared “Cohen is a multicultural jazz musician, among whose ancestors is Miles Davis. Like Davis, he can make the trumpet a vehicle for uttering the most poignant human cries…Avishai can play bebop and ballad lines and outer-limit trumpet sounds with tireless fluency.”

Cohen and his siblings of The 3 Cohens Sextet — sister Anat and brother Yuval — are also emerging as somewhat of a jazz dynasty, according to All About Jazz: “To the ranks of the Heaths of Philadelphia, the Joneses of Detroit and the Marsalises of New Orleans, fans can now add the 3 Cohens of Tel Aviv.”

Friday, April 11, the Grammy-nominated quintet Kneebody performs at 7:30 p.m. in Lawlor Events Center. Known for explosive rock energy paralleled with high-level nuanced chamber ensemble depth, Kneebody takes a no-holds-barred approach to improvisation and has created a genre and style all its own. The quintet met in their late teens while at the Eastman School of Music and Cal Arts and established Kneebody during the vibrant and eclectic Los Angeles music scene in 2001.

Kneebody keyboardist Adam Benjamin, trumpeter Shane Endsley, bassisst Kaveh Rastegar, saxophonist Ben Wendel and drummer Nate Wood draw upon influences spanning D’Angelo’s Voodoo to music by Elliot Smith, Bill Frisell and Miles Davis. Their live shows are known for intense sonic landscapes of the Radiohead ilk, the rhythmic intensity of Queens of the Stone Age, and the improvisational freedom of Brad Mehldau. The group paired with vocalist Theo Bleckmann to release the album, “12 Songs of Charles Ives,” which earned a Grammy nomination in the classical-crossover category.

The New York Times says of the quintet, “There isn’t a handy term or genre for the music that Kneebody creates. It’s a band thoroughly acquainted with 1960s free-bop, 1970s jazz rock, 1990s hip-hop and postmillennial indie rock; along with classical post minimalism. (I’m leaving something out, I’m sure.) Whatever the terminology, this group has an audience…”

The finest jazz educators and musicians on the planet travel to the University of Nevada, Reno each spring to perform and teach at the Reno Jazz Festival and this year is no exception. In addition to evening concerts by world-renowned guest artists, the Reno Jazz Festival also offers daytime competitions, workshops and clinics by scores of professional jazz artists and adjudicators for more than 9,000 young jazz musicians from throughout the West. The three-day festival culminates in a showcase concert and awards ceremony Saturday, April 12 at 6:30 p.m. at Lawlor Events Center, to honor the best and brightest young standouts.

To purchase individual tickets in advance (with a convenience fee), visit the Reno Jazz Festival website, or call  775-784-4046.

The University of Nevada, Reno Jazz Festival is funded in part by the University of Nevada, Reno School of the Arts and Extended Studies; the Nevada Arts Council, a state agency, and the National Endowment for the Arts, a federal agency; the City of Reno Arts and Culture Commission; and For the Love of Jazz. Accommodations for guest artists are provided by the Circus Circus Reno Hotel and Casino. For more information visit www.unr.edu/rjf/Sponsors.html .

Founded in 1874 as Nevada’s land-grant university, the University of Nevada, Reno ranks in the top tier of best national universities. With nearly 19,000 students, the University is driven to contribute a culture of student success, world-improving research and outreach that enhances communities and business. Part of the Nevada System of Higher Education, the University has the system’s largest research program and is home to the state’s medical  school. With outreach and education programs in all Nevada counties and home to one of the largest study-abroad consortiums, the University extends across the state and around the world.