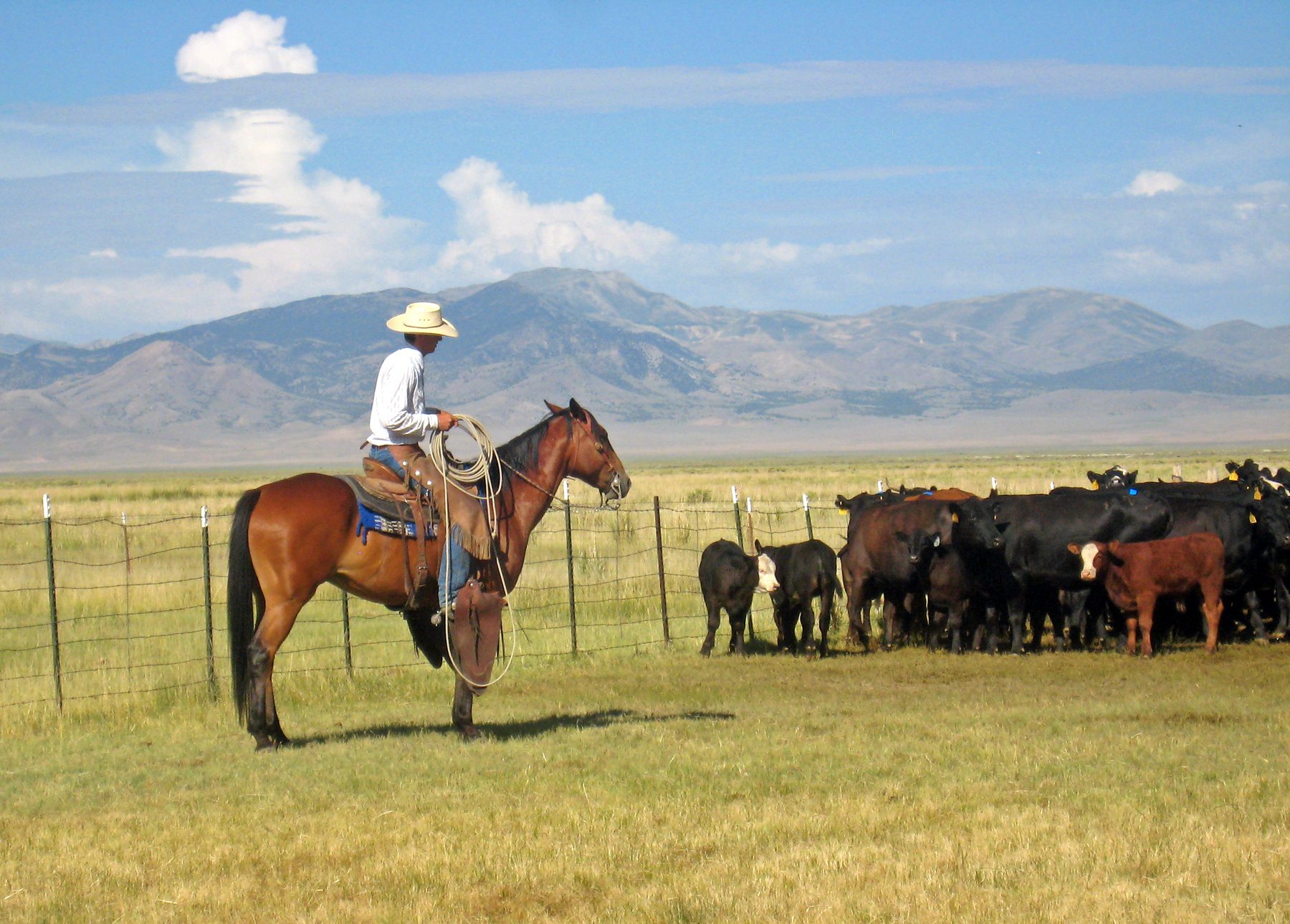 Graduate student Sam Lossing in the College of Agriculture, Biotechnology and Natural Resources herds cattle as part of the annual spring round-up at the University’s Gund Ranch northeast of Austin, Nev. Photo courtesy of University of Nevada, Reno.

THE WEST COAST’S preeminent rangeland scientists joined forces recently to confront anti-livestock grazing perspectives. Being that the western U.S. is fertile public ground for livestock grazing, among many other uses, there’s ongoing debate about the assumed proper uses for the land.

When it comes to climate change, some scientists last year advanced a perspective that grazing “should be eliminated or greatly reduced on western public lands to reduce potential climate change impacts.”

It’s not so simple, according to scientists from UNR, Montana State, Oregon State, the USDA Agricultural Research Service, UC Davis, Utah State, University of Idaho, BYU and the University of Arizona.

“We dispute the notion that eliminating grazing will provide a solution to problems created by climate change, and focus on three primary points: (1) grazing is a complex ecological process and a single recommendation (e.g., eliminate grazing) is unlikely to be universally correct, (2) there are legacy effects of livestock grazing from the homestead period that are separate from current day impacts, and (3) climate change is likely to increase the risk of large wildfires and grazing is one of the few available tools for landscape-level fuel reduction.”

“Grazing is one tool in a land manager’s tool box,” echoes Tamzen Stringham, University of Nevada professor of range ecology, restoration and management, one of three of the paper’s co-authors from UNR. “All tools should be available to the professional manager to make appropriate decisions in the face of changing climates.”

Though it seems obvious, livestock grazing is widely considered an effective vegetation management tool because grazing can reduce flammable vegetation. Consider: Much of the Great Basin is blanketed by a cheatgrass invasion, which fuels devastating wildfires. A forum of scientists was convened in 2008 to specifically look at the Great Basin’s wildfire problem.

Recommendations were clear: In order to address the severity of wildfires in Nevada and other Great Basin states, all range management tools must be considered.

RECOMMENDATION: “Implement sound management practices to maintain rangeland health by utilizing cattle, sheep and/or goats in targeted areas to provide an economic and feasible way of reducing fire fuel loads, controlling weeds and cycling nutrients. In some cases, livestock also may be used to transport seeds of desirable species and facilitate their movement into the soil.” – 2008 Great Basin Wildfire Forum

Among the range experts published in the Environmental Management journal, those recommendations remain even within the context of climate change.

“Prescribed grazing by livestock is one of the few management tools available reducing fine fuel accumulation,” the 24 authors wrote in the peer-reviewed article. “We dispute the notion that eliminating grazing will provide a solution to problems created by climate change. To cope with a changing climate, land managers will need access to all available vegetation management tools, including grazing.”

“Before the Taylor Grazing Act of 1934, it was a first-come, first-served competition, with the winners taking as much of the forage as they could because if they didn’t someone else would,” says Dave Bohnert, director of Oregon State University’s Eastern Oregon Agricultural Research Center. “Since then, we’ve learned more about ecology and management of rangelands. Ranchers are constantly looking at ways to be more sustainable in their grazing practices.”

The problem is that anti-livestock activists cherry pick data to support dogma, frequently under the guise of science. Critics of livestock grazing often leverage speculative anecdotes – or just make shit up – to discredit an entire industry that arose in part from what large mammals do naturally: graze.

Range scientists see the situation as more nuanced and complex, and they tend to have to battle with those who want to see a wholesale removal of livestock from public lands.

“When scientists do not present a balanced and honest review and synthesis of the scientific literature, the product is an opinion article disguised as scientific consensus. It exposes their political purposes. If your desire is to write an opinion piece, then call it an opinion piece. That is a perfectly legitimate endeavor.

“We need all the tools at our disposal to manage public lands more efficiently, and grazing animals are one of those tools. If you have to dig a hole, you want all the tools that could be used in case you run into roots, insufficient labor, rocks, and utility bundles. Why would you throw out a tool just because you don’t like it for some reason?”