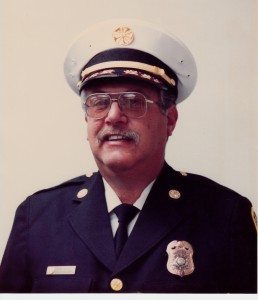 Marty Richard, retired fire chief of Reno and 32-year veteran of the Reno Fire Department, passed away at home on Feb. 4 after a long battle with cancer.  He was 73.

Marty served as fire chief from 1990 to 1996 and previously as Reno fire marshal from 1978 to 1990. He started as a firefighter in 1964 and rose through the ranks, transitioning to the Fire Prevention Bureau in 1973, where he spent the majority of his career.

After five years as a fire inspector and senior inspector, Marty rose to the top position as fire marshal in 1978. With the 1980 MGM fire in Las Vegas, Marty oversaw a watershed change in buildings and commercial properties’ fire codes that became a new standard for the state of Nevada and eventually for cities throughout the United States.

He led a statewide effort for new fire prevention building codes, working with city and state officials as well as various business leaders to prevent a large-scale fire in the future.

Marty also began consulting with other cities and states to overhaul their fire codes and eventually this led to national changes in fire prevention. He was a member of the International Fire Marshals Association and served as their president from 1986 to 1987.

After more than 25 years serving the Reno Fire Department, Marty was tapped to lead the entire department in 1990 and remained the chief until 1996.

In addition to the Fire Marshal’s Association, Marty was a member of the Nevada Fire Chief’s Association, the International Association of Fire Chiefs and The National Fire Protection Association and was appointed to the Nevada Emergency Response Commission by Governor Bob Miller. He served with distinction until 1996, when he retired after 32 years with the Reno Fire Department.  On Feb. 1 Chief Hernandez awarded Marty the Reno Fire Department’s highest distinction, the Medal of Honor.

After retiring, Marty continued to serve his community through his many associations and passions. As a member of the Kerak Shrine, he devoted his time to raising funds for the Shrine Hospitals. He was also an active member of the Reno Rodeo Association for many years and member and past president of the Nevada White Hats.

His love of horses resulted in building his small seven-acre ranch just off Huffaker Lane, enjoying the “country life” for the past 25 years, surrounded by his family, and complete with horses, chickens, dogs, cats and a donkey.

He is survived by his wife, Liz, and his three children, their spouses and his four grandchildren. His service is scheduled for 11:30am on Sunday, Feb. 9, at the Kerak Shrine Temple at 4935 Energy Way.