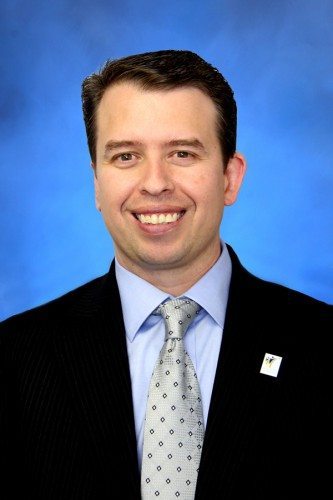 EDAWN NEWS — EDAWN recently commissioned the Buckley Education Group. Inc. to complete a data analysis of the Washoe County School District as it compared to the 50 states. The objective was to determine how the district ranked (if it were a state) to the other 50 states in several key areas. The results of the report were enlightening and in-line with feedback that EDAWN has received from many of the existing and new employers. In short, the quality of the graduates here is very good. The report evaluated several criteria and in performance, WCSD ranked better than many states that have an excellent national reputation for education.

The report, dated December 2013, showed that the performance of the district excelled in several areas. For “College Readiness in all Subjects,” WCSD ranks 15th in the nation, ahead of Nebraska, California and most other states. Regarding “AP Test Takers” WCSD ranked 12th. On the “ACT test for Math and English” WCSD ranked 18th and 24th respectively, again ahead of many high performing states like Colorado, Utah and Oregon. Unfortunately, WCSD also ranked low in some key areas such as “Per Student Funding” 50th, “Student Teacher Ratio” 49th, and “Graduation Rate” 43rd.

Pedro Martinez, Superintendent of WCSD reviewed the report and said, “The results were very exciting and demonstrated what we already knew; the district programs, teachers and students were achieving real results and the results were far better than many of the national report cards have indicated.” He also said, “This national data is more than a year old and our recent data will show even greater success in the next report.”

Mike Kazmierski, CEO of EDAWN indicated, “The report was commissioned to answer the question that EDAWN often gets about the poor education rankings of the state. We know that our graduates here are very good because the companies we work with are usually quite impressed with the quality of the workforce.” He also said, “It is unfortunate that some in the state actually relish and promote the low state rankings, which are often driven by the low funding per student number, in an effort to forward their own agenda. Our WCSD is producing more college and career ready students with less. It’s time we recognize and celebrate that success and support their efforts.”

Buckley Education Group, Inc. was tasked with researching the education data which reflects the demography of Western Nevada’s education system, statistics and educational outcomes. Educational data is complex and comprehensive, as mandates require public education systems to report baselines, growth modules and standards to the required agencies within the defined state. To provide information relevant on Western Nevada it was essential to review national data as well as regional data to best understand and ascertain the growth and standards of Western Nevada. To begin the data research, education data was aggregated from a macro analysis and then narrowed to a micro analysis.