Interim director appointed to UNR Academy for the Environment

Maureen McCarthy to guide environmental research, education and management in the Great Basin 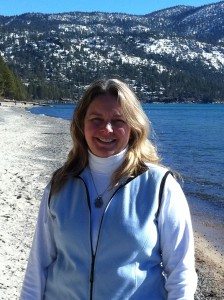 – Maureen McCarthy has been appointed as the new interim director of the Academy for the Environment at the University of Nevada, Reno.

McCarthy plans to continue the Academy’s efforts to promote scientific support of environmental management and to build more transdisciplinary research and education programs in the Great Basin.

“I am very excited,” McCarthy said. “I love working with the University and working with all sorts of fascinating people with different backgrounds.”

In the addition to her appointment as part-time interim director, she will also be continuing her work as the executive director of the Tahoe Science Consortium where she has been focusing on scientific restoration, protection and research in the Tahoe Basin for the past three years. To avoid any overlap with her two positions, she will not engage in the Academy’s activities in the Tahoe Basin.

“When I am at the Academy I am working on transdisciplinary research and education in the Great Basin and when I am in Tahoe I will be working with the Tahoe Science Consortium,” McCarthy said.

McCarthy takes over for the previous director of the Academy, Michael Collopy, who continues to work at the Academy as the environment assistant vice president for research and to direct the Undergraduate Research Office. McCarthy is enthusiastic about her new role and the challenges it presents.

“We have many new challenges such as climate change, the change in the economy and the declining budget from the federal government,” McCarthy said. “However, these challenges allow me to explore new options to bring science and conservation to the Great Basin.”

McCarthy received her bachelor’s degree in chemistry from Boston College and her doctorate degree in chemical physics from the University of Colorado. She is also the president of McCarthy & Smith Consulting where she advises public and private entities on national security, environment security and the impacts of global climate change. McCarthy will hold the interim position as the director of the academy until June 2015.

For more information go to http://environment.unr.edu/academy/.