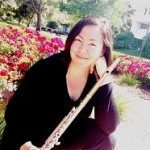 The Reno Chamber Orchestra’s College Concerto Competition is the only competition of its kind in the state of Nevada. The participants, who must either attend a Nevada college or be a Nevada resident attending college out of state, compete for cash prizes and the opportunity to appear as soloist with the RCO in one of its regular season concerts. Competitors receive detailed written comments on their performance from the distinguished panel of judges. Past Competition participants have gone on to significant careers as soloists, orchestral musicians, and teachers across the United States.

Funding for the College Concerto Competition and for the RCO concerts at which the winner will perform is provided by a generous grant from The Bretzlaff Foundation.