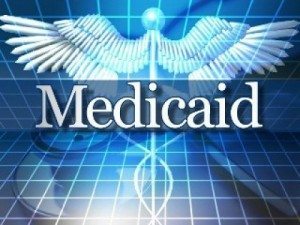 DHHS NEWS — Mike Willden, Nevada Health and Human Services Director, announced today caseload activity after the October 1, 2013 launch of the Affordable Care Act (ACA), is higher than initially projected. Medicaid caseload has increased by 10,483 cases from 330,623 at the end of September to 341,106 at the end of December 2013. Original estimates placed Medicaid caseload at 336,195 by end of 2013.

The increase is due in large part to the individual mandate of ACA which requires all US Citizens to have health insurance coverage in 2014. This requirement has spurred low income Nevadans, who may have always qualified but never applied, to seek coverage from Medicaid. “The significant aspect of this increase is that it does not include the newly eligible individuals, those low-income adults aged 19 to 64 who do not qualify for either TANF (Temporary Assistance to Needy Families) or Medicare, whose eligibility for Nevada Medicaid began January 1, 2014,” Willden said. “We will not see the numbers that include the newly eligible population until the January statistics are compiled.”

In anticipation of the increased caseload volume and workload associated with ACA, the Division of Welfare and Supportive Services (DWSS) requested and received approval from the 2013 Legislature to hire 248 additional staff by the end of February 2014, and an additional 162 by December 2014. To date, DWSS has hired 244 new staff and continues to fill vacancies to process and manage the increased volume of Medicaid and Supplemental Nutrition Assistance Program (SNAP) applications.

“Although we anticipated increased growth, the activity has been more vigorous than we initially projected,” said Willden. “The effective communication campaign by Nevada Health Link encouraged Nevadans to take action and seek health insurance coverage.”

Historically, DWSS processes approximately 12,000 applications each month for both Medicaid and the state’s children’s health insurance, Nevada Check Up. However, in December the number of applications tripled and there are now over 38,000 applications in the queue for staff to process.

“It’s true we have a high workload but we also have planned to ramp up for increasing volume by hiring additional staff and streamlining processes to have all hands on deck focused on this priority,” Willden said. Medicaid/Check Up applications generally take 30 to 45 business days to process but the increased volume has caused some to take longer. However, the increased staff and streamlined processes are making a difference. For instance, in September 2013 only 30 percent of Medicaid applications were processed within 15 days, compared to November 2013, when nearly 50 percent of Medicaid applications were processed within 15 days.

Many delays are due to incomplete applications. “We’ve learned many people thought their applications were complete, when in reality, they still needed to enter more information,” Willden said. It is important people complete their applications. “We are appreciative of the assistance provided by several community partners to help individuals apply for Medicaid. This really is a community wide effort to make sure Nevadans are insured,” Willden said.

Prior to the launch of ACA, there were approximately 600,000 Nevadans without health insurance coverage. Nevada had the second highest rate of uninsured at 22 percent of its population compared to a National average of 16 percent. Implementing the ACA, and the decision to expand Medicaid coverage for the first time in Nevada to include low-income adults 19 to 65 with no dependent children, is expected to decrease the uninsured population in Nevada to 10 percent by the end of 2015.