On Wednesday, Jan. 22, at approximately 2022 hours, two suspects entered the Sinclair Gas Convenience Store at 13900 Stead Blvd. and selected a couple of items before leaving the store without paying. While departing, one of the suspects displayed the grip of a firearm. 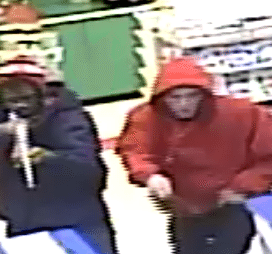 On Thursday, Jan. 23, at approximately 2258 hours, two suspects, believed to be the same two from the case above, entered the same Sinclair Gas Convenience Store with a third suspect. One of the suspects immediately displayed a knife and another a rifle. The three of them then proceeded to rob the store keeping the clerk at gun point. 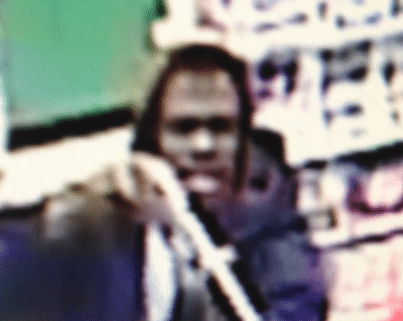 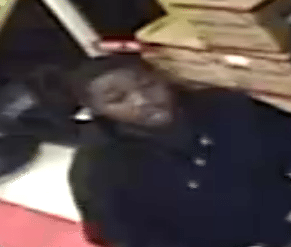 The two suspects in the dark clothing were the suspects seen during both robberies, and the suspect in the red was present in the second robbery. Anyone with information on the identities of the suspects is asked to call the Reno Police Department at 334-2115, Secret Witness at 322-4900 or www.secretwitness.com, or text the tip to 847411 (TIP 411) keyword – SW.