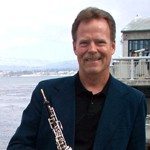 RENO PHILHARMONIC NEWS RELEASE – The Reno Philharmonic presents its first concert of 2014 and the fourth in its Classix series. Classix Four on January 12 and 14 will include works by Bach, Respighi and Brahms, and will feature its own and relatively new Principal oboist Neil Tatman. For the Bach concerto – his solo piece – Neil will be playing the oboe d’amore, a slightly larger relative to the standard oboe but with a darker and deeper sound. In addition to Bach, the evening’s performance will include the stately Ancient Airs and Dances – Suite II by Respighi, and the powerful Brahms’ Symphony No. 4.