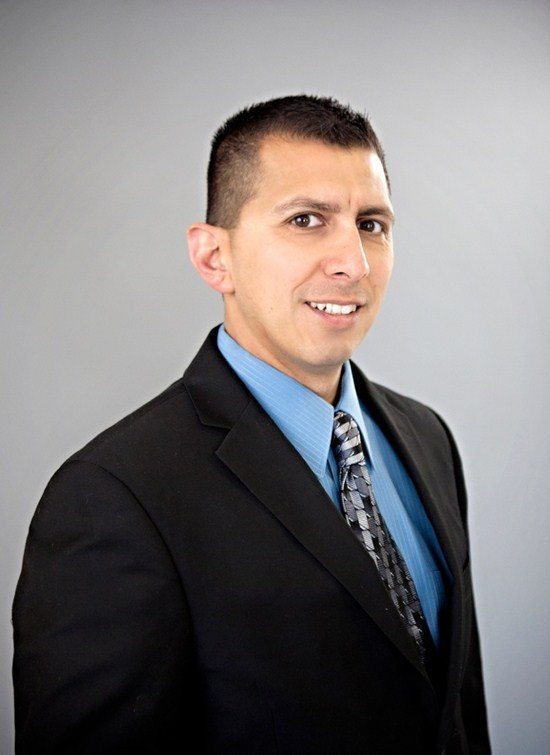 CARSON CITY – Carson City Sheriff’s Sergeant Daniel Gonzales announced Wednesday his candidacy for sheriff of Carson City. Gonzales is running for sheriff with the goal of increasing integrity, transparency and accountability in the Sheriff’s Office, as well as restructuring the department to put more officers on patrol and use monies to better protect and serve Carson City and its residents.

“It’s important that we have the best people protecting our families and children in Carson City,” said Gonzales. “I will make the safety of our community my top priority if elected to Carson City sheriff. The Sheriff’s Office is not evolving, due to insular decision making and a lack of outside input and perspective.”

Gonzales will raise standards for training of deputies, including reserve deputies, so that they are better equipped to respond to all situations. He plans to raise hiring and promotion standards to insure the most qualified applicants serve the department. Gonzales is committed to upgrading technology to make it easier to report crimes, investigate crimes and share information with the public; allowing for faster response times.

“We need to focus on integrity, transparency and accountability in Carson City law enforcement,” Gonzales said. “I support creating the Office of Professional Standards and Integrity to ensure this department and our staff are held to the highest standards because that’s what the residents of Carson City deserve.”

Gonzales is committed to increasing efficiency and will work to eliminate redundant and unnecessary positions. “I have already identified over $600,000 in funds that I will reorganize in the budget to get more deputies out on the streets to keep our communities safe from drugs and gangs” said Gonzales. With these re-allocated funds he will collaborate with the Board of Supervisors to create a new investigator position to focus on crimes against children, elder abuse and elder exploitation cases.

In addition he is dedicated to making schools safer and providing safety education to students. Gonzales’ agenda includes adding two new school resource deputies to the middle schools with some of his re-allocated budget. These deputies’ sole responsibilities will be to serve at our schools.

Gonzales will also dedicate deputies to a full-time traffic management team, whose primary function will be traffic enforcement and education. Gonzales wants to implement a Teen Distracted Driving Program. This program is an opportunity to educate new drivers and their parents to clearly understand their responsibility when a teenager starts to drive. This class will cover traffic laws, the provisional license restrictions and safety education.

Gonzales has a long history of excellence within the Carson City Sheriff’s Office and strong commitment to public safety having served the citizens of Carson City for over 10 years. He was named Rookie of the Year in 2005 and Deputy of the Year in 2009 and was awarded the Distinguished Service Medal in 2011. Gonzales has devoted his career to making Carson City a safer community. Gonzales has been on the Department’s Gang unit, SET team, field training officer, Explorer executive advisor, SWAT / sniper, detective, hostage negotiator – team leader, and sergeant.

For 6 years Gonzales has written and coordinated the Department’s Enforcement of Underage Drinking Laws (EUDL) grant. He educates persons responsible for serving alcohol and reduces the availability of alcohol to our youth. Gonzales also conducts enforcement operations that include business compliance checks, targets youth DUI enforcement and shoulder taps. In 2009, because of his team’s efforts, the Department was recognized nationally as the Agency of the year.

Gonzales also coordinates the department’s Crisis Intervention Team. Since 2006, Gonzales has taught sheriff’s deputies and other local law enforcement agencies Crisis Intervention Training, known as “CIT”; this 45-hour program focuses on first-responder officers who receive specialized training geared to meet the needs of the mentally ill. Gonzales currently coordinates mental health services in the detention center. He has developed a community resources guide and resource bags that all sergeants can use after hours, when a person may be in crisis. Because of Gonzales’ efforts and achievements he received the “Intervention of the Year” award from the National Alliance on mental illness.

Gonzales earned his college degree from Western Nevada College in 2008 and received his Advanced POST certificate in 2009. He has been married for over eight years to his wife Meliah, and they have three young children.

Gonzales is an energetic member of our community with an impressive list of service activities and is an active member of numerous community boards.

“I look forward to earning this community’s support,” Gonzales said. “As this campaign continues, I encourage you to contact me directly” at 775-220-1195 or email me at [email protected].