BOOK REVIEW: ‘Parallel to Paradise: Addiction and other love stories’ by Laura Newman 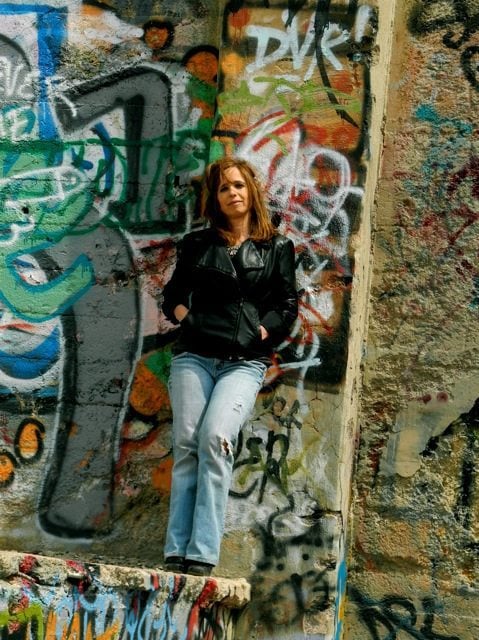 Many of the 14 short stories  in Laura Newman’s first book, Parallel to Paradise: Addiction and Other Love Stories (LeRue Press), are set in Nevada and Lake Tahoe, but the good writing is what makes them interesting.

Newman says her stories “are about everyday people who are impacted by events.” “Parallel to Paradise,” “The Little Beast,” “A Small, Too-Familiar Gesture,” and “Alabaster Circle” are about marriages and relationships at various times from the 1800s through the present. “Red Eye” is about a gay boy growing up in Virginia City, “Twentieth Century” is about an unplanned pregnancy, and “Silver” is about boyhood friends fighting together in World War II. “Angel Dust,” “Shine on You Crazy Diamond,” and “Needle and Thread” are about men with addictions.

Many of the stories could be memoirs or essays if they weren’t fiction (“Burning Man,” “Water,” “The Quality of Light,” “The Graveyard”). Some authors would not be able to hold their readers’ interest without strong plots. Newman’s style works, however, because she makes her characters and settings interesting.

Newman is a master at showing, not telling. For example, you suspect an immigrant girl learned to curse because she “walked off the gangplank speaking English like a sailor.” You know a car in the Nevada desert is full of bullet holes and has been there a while because it “looks like it was shot to death in 1947.” You understand that a valley is dark because “the sun has somewhere else to be after 4 o’clock.”

Some of Newman’s lines make me think of country music lyrics. “Ruby went on to short stories and John went on with his drinking,” one character cooks “oven roasted potatoes that turn out to be over roasted potatoes,” and “ten years in, Lara started looking for a way out.” Another character muses, “Perhaps they did before they said I do, because I was born seven months after the vows.”

There’s dry humor–a boy having second thoughts about shooting a bird “considers becoming a vegetarian until his mother serves the Christmas turkey”—and near poetry—a miscarried baby “faded to nothing but a christening gown in a sealed silk pillowcase.”

The only writing I don’t like is in the last story, “Alabaster Circle,” which is told by a woman born in Wisconsin in 1890. Her dialect seems to come and go, which is distracting.

Rather than limiting the appeal of the stories, the local references just add another layer of enjoyment for the readers who recognize them.

Although I’ve never met Newman, we clearly live in the same place. Like some of her characters, I’ve spent time in the rose garden near the UNR quad and lived in an apartment on Arlington near Saint Mary’s. All the details seem completely natural. I especially appreciated Newman’s attempts to describe the beauty of the light in September in Northern Nevada; I find that to be one of the most beautiful times of the year here myself.

Newman also places her characters in Las Vegas, in the Bay Area, on the Oregon Coast, and more. I’ve spent time in those places as well, and her descriptions of them feel right to me. I’ve been up and down Paradise Road in Southern Nevada countless times. “The Graveyard,” her story about California teenagers visiting relatives in Iowa, sounds a lot like my visit to relatives in Kansas in the 1970s.

I’m a copy editor, and a couple of things made me stumble as I read the book. First, most of the stories switch back and forth between present and past tense without any logic that I can see. Second, there are misspellings. Another editing pass would have been beneficial.

Nonetheless, the writing rises above the editing issues. I loved the surprise ending of “A Little Beast,” I laughed out loud at the nativity scene in “Angel Dust,” and I cared about all the characters in all the stories. I’m looking forward to future work by Laura Newman.

Parallel to Paradise can be purchased at Sundance Books and Music or Grassroots Books, from the publisher, from Newman, or at Amazon.com. This review is cross posted at Books in the City of Trembling Leaves.