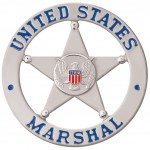 Bryant’s underlying offense is a conviction for sex offenses against a minor under the age of 14. He has a significant criminal history and was considered dangerous. He has been booked into the Washoe County Jail for failing to register as a sex offender in Nevada and possession of a dangerous weapon (taser). Following the disposition of local charges, he will face extradition to California for the outstanding arrest warrant.

The U.S. Marshals Service is conducting a follow-up investigation in order to assess whether Bryant violated federal law as the result of the Adam Walsh Protection and Safety Act of 2006.

Reno U.S. Marshals were contacted this morning with information Bryant may be in the area. Investigators followed leads and conducted numerous interviews. They were able to identify where Bryant was living as the result of assistance from the public. Investigators were told by members of the public that he was known in the community as a preacher.

Anyone with information or allegations of crimes committed by Bryant should contact their local police department.

The Northern Nevada U.S. Marshals Service led task force is a partnership comprising law enforcement investigators from the United States Marshals Service, Washoe County Sheriff’s Office, Nevada Department of Public Safety (Probation & Parole) and Sparks Police Department. The task force combines the resources and expertise of local, state and federal law enforcement in a collaborative effort to arrest dangerous fugitives and wanted gang members and to pursue sexual offenders wherever they are located. This Northern Nevada partnership has resulted in more than 250 arrests in 2013.