Book club about start-ups starts up 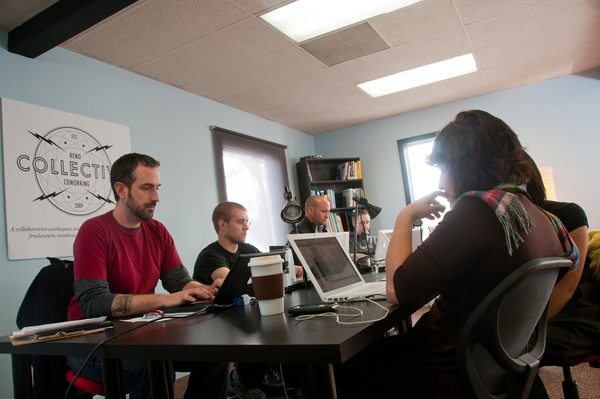 EDAWN NEWS — The Chamber – Reno/Sparks/Northern Nevada and Economic Development Authority of Western Nevada (EDAWN), along with Pistil & Stigma, a community and government affairs consulting group, with Girlma.de, an accelerator program for women entrepreneurs, and the Reno Collective, announced their partnership on a book club event series in January 2014.

The book club will be open to the public and held on three Thursdays in January 2014 beginning on January 9th from 6:00-7:30PM at the Reno Collective located at 100 N Arlington Ave #100 in Downtown Reno.

The series of Thursday gatherings will revolve around the book The Rainforest: The Secret to Building the Next Silicon Valley written by Victor W. Hwang. Through its entertaining format, The Rainforest analyzes the patterns of human interactions and certain cultural behaviors that create the most productive “innovation ecosystems,” such as those found in Silicon Valley. Supported by economic and sociological studies, the book aims to break new ground in the entrepreneurial and venture capital world.

The book club is a prelude to The Chamber’s “DIRECTIONS Economic Forum” to be held on January 30th, 2014 where co-author Victor W. Hwang will be a keynote speaker. He will be presenting on the book and its application to local businesses growth. As Tray Abney, Government Relations Director for The Chamber, noted, “The Chamber is excited to bring Victor to Reno to provide the community with a new approach towards advancing our region’s businesses and economy.”

Doug Erwin, Vice President of Entrepreneurial Development at EDAWN added “We have a chance to create ‘The Biggest Little Rain Forest’ within our own community. This book club series will be the perfect way to jumpstart that effort.”

The Rainforest has received national praise and was awarded the Book of the Year (Gold Medal) from Foreword Reviews as well as the 2013 Small Business Book Award.

Hwang’s book has also received local praise for its work as a blueprint for success. Ashley Jennings at Girlma.de is excited to see the community come together for this book club and the Directions event. As she explains, “The Rainforest is an excellent resource for those who are looking to optimize Reno’s potential from the inside. It is what Reno needs right now.”

For further details regarding the launch of the book club series please contact Rebecca Gasca, CEO of Pistil and Stigma, Inc. 775.815.4813.