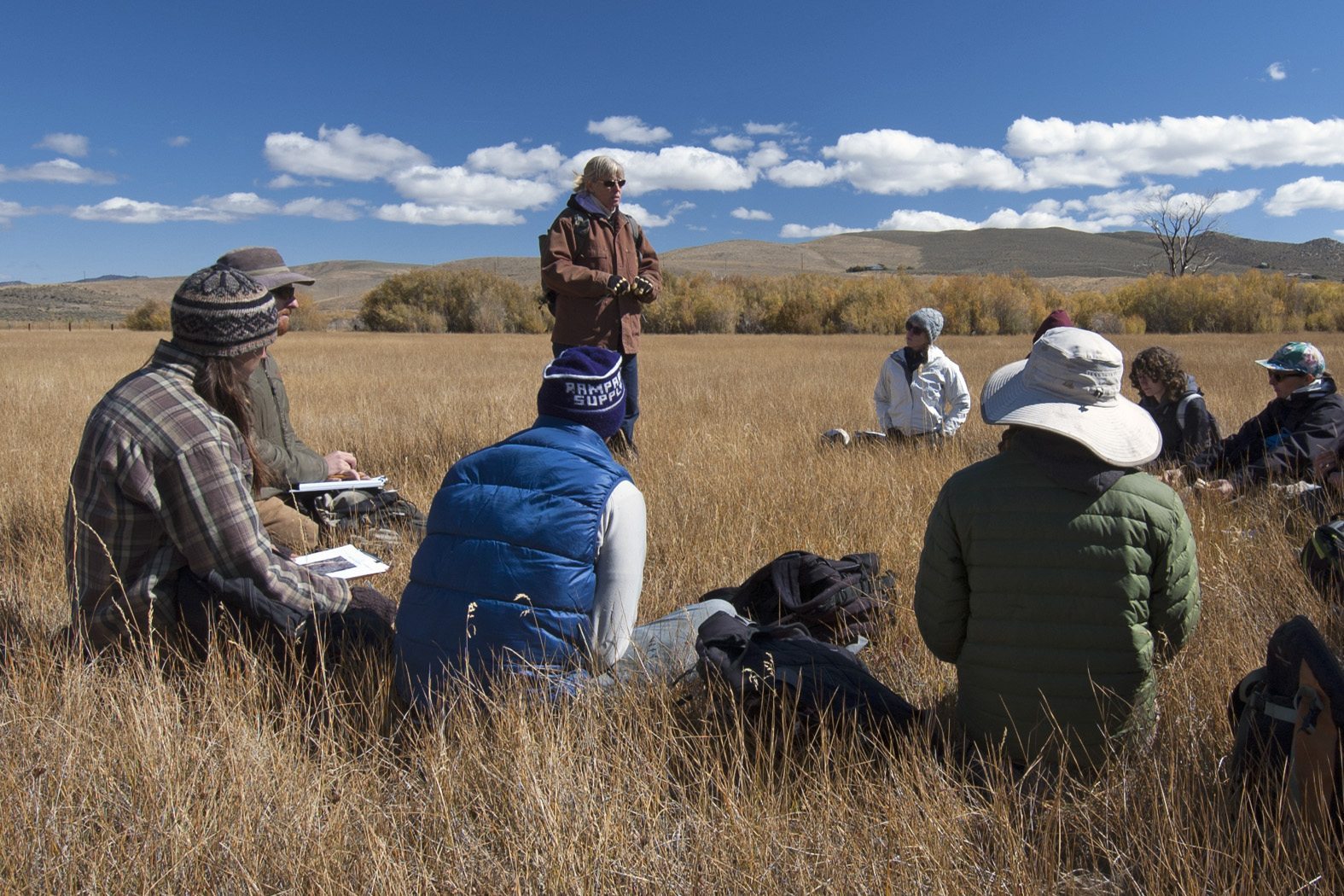 US Department of Agriculture recognizes work of ecological site team

UNR NEWS — Tamzen Stringham, professor at the University of Nevada, Reno in the Department of Agriculture, Nutrition and Veterinary Sciences, is part of a multi-agency team of scientists who have been awarded the 2013 Secreta­ry of Agriculture’s Honor Award. The team called the Interagency Ecological Site Implementation consists of professionals from the Natural Resources Conservation Service, the U.S. Forest Service and the Bureau of Land Management.

The award will be presented to the ecological team at the 65th Secretary’s Honor Award Ceremony in Washington D.C. It is the highest honor awarded by the Secretary of Agriculture which recognizes outstanding contributions to the Department of Agriculture, such as the ecological site team’s work with BLM, USFS and Natural Resources Conservation Service to identify and describe rangeland ecological sites.

“I was surprised,” she said. “I had no idea about the award until I received the email. I am very happy for the members of the team who have dedicated a significant amount of their time to this project over the last many years.”

An ecological site is a classification system that divides landscapes based on their potential and ability to produce different types and amounts of vegetation. Rangeland ecological sites are used to monitor, evaluate and manage the nation’s rangelands.

Stringham and the team have worked for more than a decade refining the components of the ecological site description, providing trainings on how ecological sites are developed and improving management of our nation’s rangelands.

“The award indicates that Stringham is conducting high-quality and relevant research which has gained her a strong national reputation and is having an impact on federal and state policy,” Ron Pardini, interim dean of the University’s College of Agriculture, Biotechnology and Natural Resources, said.

Stringham’s research is focused on the response of rangelands to management actions or natural disturbances such as wildfires. Each site description contains a model that details how the vegetation and soils of the site respond to various disturbances and whether or not the site will self-repair or require restoration. Stringham and her team are working on models for over 20 million acres of Great Basin rangelands.

Stringham is also part of a new team led by the Conservation Service called the Riparian Ecological Site Interagency Team. This team is working on creating a new handbook that will provide standardized methods for defining ecological sites on rangelands which they plan to have finished in the next two years.