True talent on display in the Circus Circus Reno midway 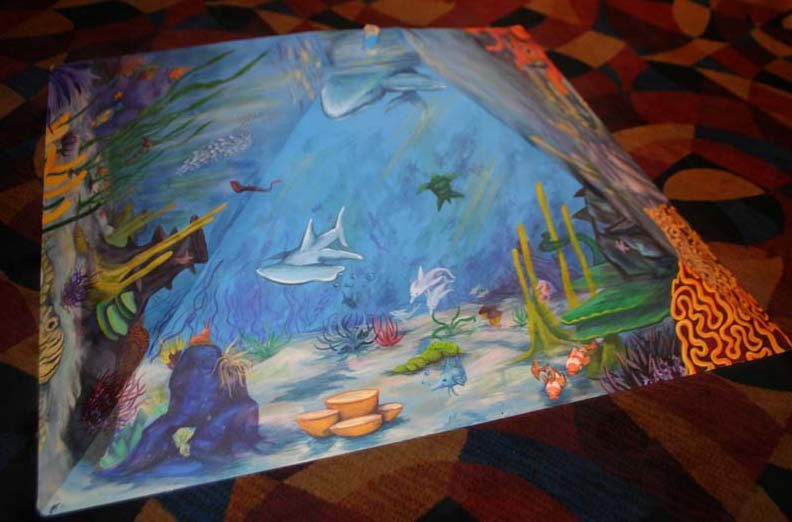 There is a creative change to the Gone Fishing game at the Circus Circus Reno Midway. An employee with an artistic flair repainted an entire ocean mural to be enjoyed by all on this favorite game.

Melanie Lee is a midway attendant and has been at Circus Circus Reno for almost three years.

“One of my supervisors was talking with my manager about whom to get to paint the mural and they eventually decided to ask me,” Lee said. “I was eager to agree. I had never experienced painting something like this and it was loads of fun. I feel incredibly honored that I was chosen for the job.”

She mainly paints traditionally on a canvas or digitally using programs such as Photoshop. This project was her first time painting a large mural on a metal surface. Having been an artist for about seven years, she certainly showed her artistic abilities with this project.

“Since the first year of high school I have been interested in art. Back then I did a lot of inking and illustration,” Lee said. “I didn’t start getting into painting until about three years ago.”

The mural took the course of two weeks with an overall time of about 40 hours. She started with a blue base coat and then sketched her composition over the paint. She worked on the background first and then gradually moved to the foreground, finishing with detail work.

“I believe this mural will appeal to the customers visiting Circus Circus and help the game stand out as an attraction,” Lee said. “The underwater theme fits the game better from a design point of view as well.”

Circus Circus Reno is an MGM Resorts International® Destination with six unique dining options including local favorites the Steakhouse at Circus, Kokopelli’s Sushi and Dos Geckos Cantina. Enjoy the free circus acts at the midway as well as games for all ages. For more information visit circusreno.com, find us on Facebook, friend us on Foursquare, follow us on Twitter, text “CCR” to 86318, download our mobile app or call 775.329.0711.