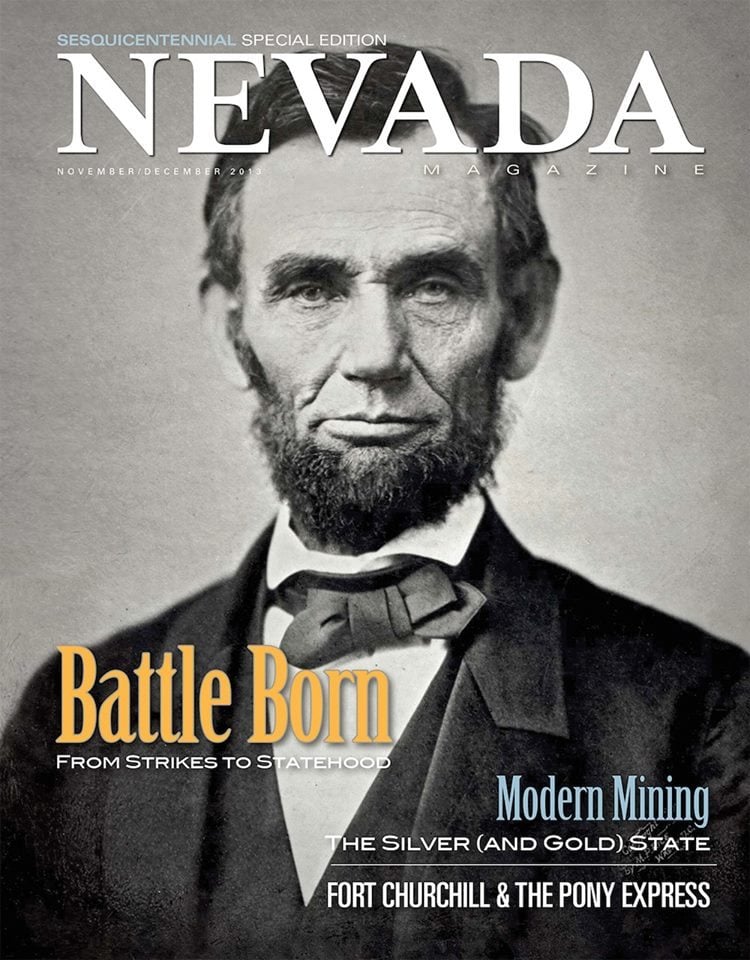 The November/December issue of Nevada Magazine is on newsstands.

CARSON CITY — Nevada Magazine’s November/December 2013 issue, featuring former President Abraham Lincoln on the cover, now is available on newsstands throughout Nevada. In it are parallel feature stories: one about the logistics of modern mining in the state and a partner piece on Nevada’s mining history and how the innovative and lucrative Comstock Mining District propelled Nevada into statehood on Oct. 31, 1864.

Lincoln was president during the Civil War, when Nevada became a state, earning it the “Battle Born” moniker. This is the second of eight sesquicentennial special editions Nevada Magazine will produce through November/December 2014. The state of Nevada celebrates its 150th birthday in 2014.

The magazine currently is offering a number of great holiday gifts, including the Historical Nevada book, the 2014 Nevada Historical Calendar and its special 75th-anniversary edition of 2011. Find out more at NevadaMagazine.com or by calling 775-687-0610.

Vote in Nevada Magazine’s Best of Nevada 2015 Survey by...