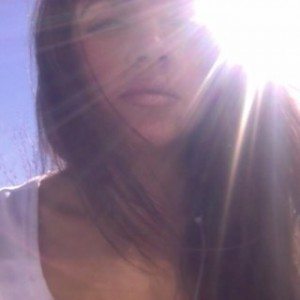 There are many ways to get involved with student life on the University of Nevada, Reno’s campus. Some students get involved on campus by joining clubs, fraternities or sororities, and some choose to write short stories and poems for the Brushfire Literary Arts Journal.

Then there’s Anneliese Hucal, a young journalism major who chose to start writing a sex column for the Nevada Sagebrush a little over a year ago. For the record: Hucal’s stories are real.

Hucal started the column because she has “realized that the only way to understand her body, the way she feels and everything having to do with sex is to do so by self-exploration and actually talking about it.”

Because sex is a topic that is still talked about in a secret manner, Hucal has received a lot of negative feedback on her articles, but with the negative also comes the positive. With or without the feedback, Hucal feels that her column has helped and still is helping many college students on campus. Some students have given her anonymous feedback about how they feel that her articles are morally wrong or thanking her for sharing her experiences.

Many times, the positive feedback she receives is a thankful letter about what they have learned from her article, or even their boyfriend or girlfriend has learned. There is more to the columnist than just sex.

After college, Hucal wants to go into public relations, journalism and even politics.

“I’m kind of creating my own career,” she says.

Although her career after college won’t directly correlate with the sex column, the sex column has taught her that “it’s better to be looked over than overlooked,” she says when talking about what she wants to do in the future.

She says that the sex column has helped her realize that it’s okay to speak her mind because, even when she is received negatively there are people who not only receive what she says positively, but she is “expressing someone’s ideas” and beliefs. She sounds pretty political already.

Aside from the sex column, she also does volunteer work. She has volunteered with Planned Parenthood in Reno and Sexual Futurists. Both organizations are non-profit.

She adds: “We’re created through sex, and we should know about it. It’s the basis of our being.” Both organizations were started to help people in a welcoming way. It’s easy to get involved in either organization by going to their location and asking if they need help in any way possible.

Hucal also has a radio show Tuesday nights on Wolfpack Radio at 11:00 p.m. Having a radio show, a sex column in the Nevada Sagebrush, volunteering for non-profit organizations and working full time, one can wonder where she finds the time to be as involved as she is.

“On the weekends,” she replies.