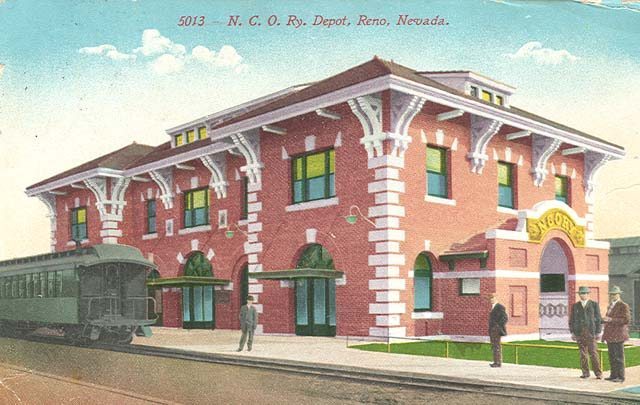 Reno natives Chris Shanks and Brandon Wright plan to open the state’s first combined brewery and distillery at the site of the historic Nevada-California-Oregon Railroad Passenger Depot, located on East Fourth St. in Reno. The Depot Craft Provisions Company, expected to open in the summer of 2014, will be the newest entrant into the booming restaurant and bar industry in the downtown area and aims to promote interest in the Lincoln Highway corridor.

A long-time Nevada family has purchased the historic site adjacent to Louis’ Basque Corner, and will work with Shanks and Wright to transform the building into a combined brewery and distillery. The partners will draw upon their backgrounds in business management, food service and craft brewing to create an establishment rich in history, innovation, and craftsmanship.

“We couldn’t be more excited to restore this beautiful building in a part of town that is reinventing itself,” said Chris Shanks, The Depot general manager. “This Reno treasure will serve as the perfect place to showcase our products and craft.”
The Depot is the newest addition to the exploding industry of adult beverages and the state’s first that can boast the brewing and distilling of artisanal beers and spirits under one roof, as allowed under the recently approved Nevada legislation. From grain-to-glass and farm-to-table, the food, beer, and spirits will feature local ingredients taken from their natural state and used to create the Depot’s signature offerings. 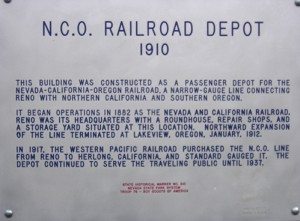 “The Depot’s primary focus will be on using locally sourced quality ingredients and crafting those into artful representations of our home state,” said Brandon Wright, The Depot Brewmaster. “Chris and I are from Nevada families that go back generations and offering our hand-crafted beers, spirits, and food to our friends and neighbors is a lifelong dream come true.”

The décor will emulate that of the era in which the Depot was built, including natural oak floors, tile and exposed brick. A large outdoor beer garden and additional warehouse space will be incorporated into the project. The 11,000 square-foot, three-story building, will house all operations and be designed to showcase the creation of the craft provisions.

Deemed a historic site, the Depot opened its doors in 1910 and served as the headquarters for the Nevada-California-Oregon-Railroad which began operations in 1880 to service the cattle ranches and farms along its route. The narrow-gauge rail line began in Reno and terminated in Lakeview, Oregon servicing multiple stops along the way. In 1917, the Western Pacific Railroad purchased the N.C.O. line from Reno to Herlong, Calif., and standard gauged the track.

The Depot continued to serve the traveling public until 1937, and remained the offices for WP until 1975. The building was then used for a variety of functions, most notably serving as the office for the Sierra Wine and Liquor Company, until falling vacant in the 1990s. It is now ready for its most extensive renovation to serve the public once again as a local restaurant and craft brewery and distillery.