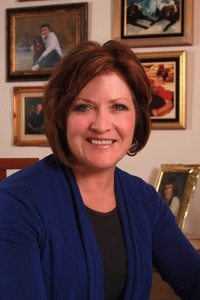 Charlene Bybee, a life long Sparks resident and an active community volunteer, announced today her intention to run for Sparks City Council Ward 4, the seat being vacated by Mike Carrigan, who is term limited.

Bybee has volunteered thousands of hours in the community, from serving as PTA president at her sons’ schools to being on the Sparks 2040 Master Plan Steering Committee and the City of Sparks Charter Committee.

“I grew up in Sparks and chose to raise my sons here because of the family-oriented atmosphere,” says Bybee. “From watching my sons play baseball at Shadow Mountain to taking Jazzercise at the Alf Sorenson center, I have appreciated the important roles these facilities play in our day-to-day life, and protecting them will be a top priority for me on the Sparks City Council.”

Some of her community service includes the following:

Bybee was raised in Sparks by her parents, Ralph and Kathy Thomas, with her five siblings. She and her husband Bern raised their two boys, Eric and Alex, in Sparks.

Bybee has worked as a flight attendant for American Airlines for 37 years, a job that gives her communications and people skills that will be useful on the City Council.

“I have learned to effectively communicate with people in both friendly and antagonistic circumstances,” says Bybee. “I know how to be diplomatic and find common ground among diverse opinions. These skills are useful in today’s political climate that has gotten so disagreeable.”

Learn more about Bybee at CharleneBybee.com.