Association for Cultural Harmony gives award on night of Diwali 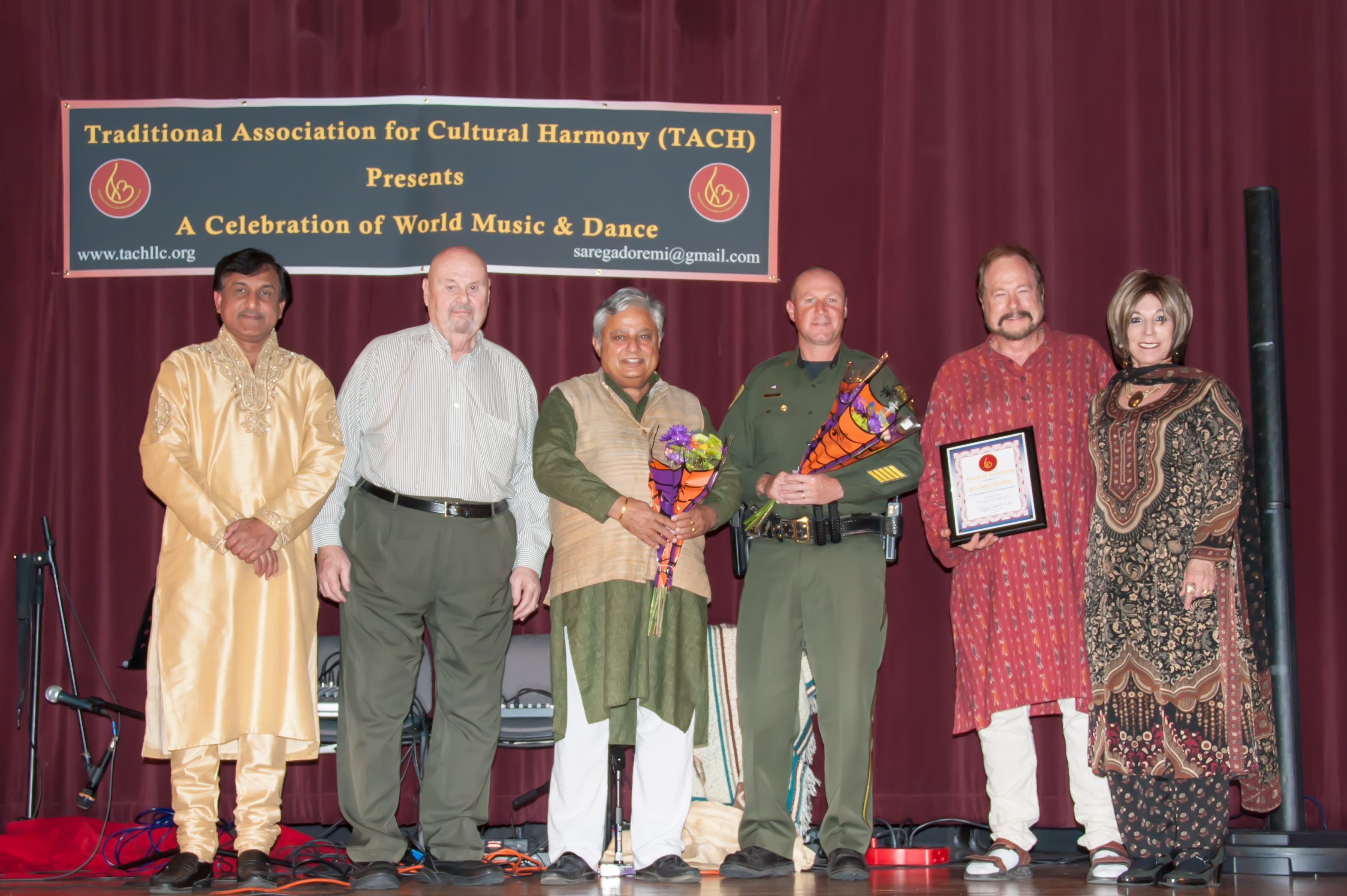 Award by Geno Martini to Dallas Smith and Susan Mazer.

The Trade Association for Cultural Harmony (TACH) awarded an “Award of Excellence” to Dallas Smith and Susan Mazer on the night of Diwali. The grand opening TACH was at the Laxalt Auditorium on Nov. 2. It was the first time in Reno people got a chance to see such an event.

The event started with a  welcome speech by Tanya Singh who spoke about TACH, which works for global artist management, music education and cultural exchange programs.

Singh said that TACH will give “Award of Excellence” every year to those who work in the field of music in the U.S.

The “Award of Excellence” was given to the famous saxophonist / flute and harp players Dallas Smith & Susan Mazer. All who came to see the event said they were thrilled, Singh said. This event with the collaboration of Indian Americans of Reno.