36 recruits to graduate from Regional Law Enforcement Academy this week 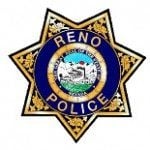 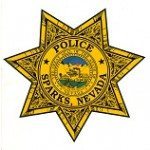 After completing 700 hours of intensive training to become Nevada peace officers, 36 recruits will graduate from the Northern Nevada Law Enforcement Academy this week.

The graduation ceremony will take place at 10:00 a.m. on Wednesday, Nov. 20, in the Tuscany Ballroom at the Peppermill Hotel Casino.

“Through their hard work and dedication, these men and women have earned the right to serve our great community as police officers and deputy sheriffs,” said Academy Commander Lieutenant Greg Herrera of the Washoe County Sheriff’s Office. “This is a great achievement.”

The regional academy training took place over a 20-week period at the Regional Public Safety Training Center. In order to meet the numerous requirements for a Category I peace officer, recruits were trained and tested physically and academically. They were also required to demonstrate their skills and abilities through scenario-based training exercises.

“This collaboration provides our community with the highest quality, most efficient, effective and progressive training in the region,” Herrera said.