DALLAS, October 2, 2013 – Selected as the best and brightest from the college gridiron, The National Football Foundation (NFF) announced today the 170 candidates for the 2013 NFF National Scholar-Athlete Awards, presented by Fidelity Investments.® The nominees also comprise the list of semifinalists for the 2013 William V. Campbell Trophy, endowed by HealthSouth, which recognizes an individual as the absolute best scholar-athlete in the nation. The 170 semifinalists represent the most ever since 2006 when the NFF increased the nomination standards to require a minimum cumulative 3.2 GPA.

The list includes Nevada’s Joel Bitonio, a senior offensive tackle who is majoring in economics and will graduate in December. Bitonio has started 31 consecutive games for the Wolf Pack and was an honorable mention All-Mountain West selected last year. He’s been selected to the conference all-academic team three years in his career.

“We take great pride in the record participation by the number of schools in the NFF National Scholar-Athlete Awards program this year,” said NFF Chairman Archie Manning whose sons Peyton (William V. Campbell Trophy winner) and Eli were named NFF National Scholar-Athletes in 1997 and 2003, respectively. “It is important for us to showcase that success on the football field starts with winners in the classroom and the community. This year’s record-breaking number of nominations further illustrates the power of our great sport in developing the next generation of influential leaders.”

• 54 Nominees from the Football Bowl Subdivision

• 46 Nominees from the Football Championship Subdivision

• 24 Nominees from the Division II

• 39 Nominees from the Division III

• 7 Nominees from the NAIA

Nominated by their schools, which are limited to one nominee each, candidates for the awards must be a senior or graduate student in their final year of eligibility, have a GPA of at least 3.2 on a 4.0 scale, have outstanding football ability as a first team player or significant contributor, and have demonstrated strong leadership and citizenship. The class is selected each year by the NFF Awards Committee, which is comprised of a nationally recognized group of media, College Football Hall of Famers and athletics administrators.

“The NFF would like to personally congratulate each of the nominees as well as their schools on this tremendous honor,” said NFF President & CEO Steven J. Hatchell. “We are extremely proud to highlight each semifinalist’s achievements, which show that football players can balance between academics and athletics at the highest level. There is no question that the NFF Awards Committee will have an incredibly difficult task in selecting the finalists from among this esteemed group.”

The NFF Awards Committee will select up to 16 recipients, and the results will be announced via a national press release on Thursday, October 31. Each recipient will receive an $18,000 postgraduate scholarship, and they will vie as finalists for the 2013 William V. Campbell Trophy. Each member of the 2013 National Scholar-Athlete Class will also travel to New York City to be honored Dec. 10 during the 56th NFF Annual Awards Dinner at the Waldorf=Astoria where their accomplishments will be highlighted in front of one of the most powerful audiences in all of sports. One member of the class will also be announced live at the event as the winner of the William V. Campbell Trophy.

Named in honor of Bill Campbell, the chairman of Intuit, former player and head coach at Columbia University and the 2004 recipient of the NFF’s Gold Medal, the award comes with a 25-pound bronze trophy and increases the amount of the recipient’s grant by $7,000 for a total post-graduate scholarship of $25,000. A total distribution of $300,000 in scholarships will be awarded at the NFF Annual Awards Dinner, pushing the program’s all-time distributions to more than $10.4 million.

In 2011, the NFF and Fidelity Investments launched a multi-year initiative between the two organizations to celebrate the scholar-athlete ideal and a joint commitment to higher education. As part of the initiative, Fidelity became the first presenting sponsor ever in the 55-year history of the NFF National Scholar-Athlete Awards program. Fidelity also helped launch the NFF Faculty Salutes initiative, which recognizes the contributions of the faculty athletics representatives at each of the institutions with an NFF National Scholar-Athlete. As part of the initiative, the NFF will present each of the faculty representatives with a plaque and a $5,000 check from Fidelity Investments to support the academic support services for student-athletes at each school. 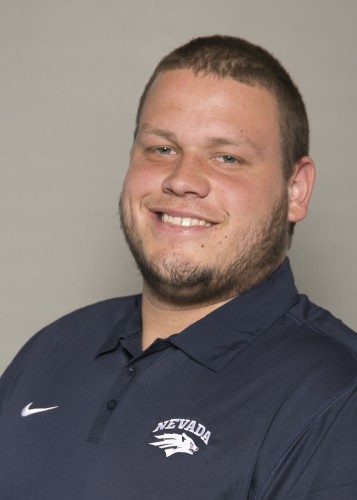