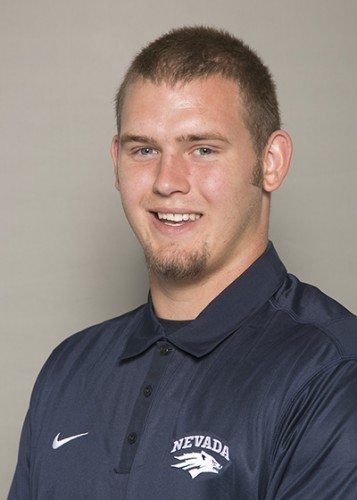 RENO, Nev. – Nevada senior punter Chase Tenpenny had the best game of his career against UNLV and was honored Wednesday by being named the Ray Guy Award Player of the Week.

Tenpenny had six punts with 329 yards, averaging 54.8 yards per punt in the game versus UNLV over the weekend. He had six punts with two marked inside the 20-yard line and two touchbacks. Tenpenny’s longest punt was 68 yards and had a net average of 47.3 yards.

His 54.8 yard average marks a career high and the second-best single-game average in school history. It is also the best single-game performance in the MW this season and his 68-yarder was the second-longest punt in the MW this season. His 68-yard punt was a career long, eclipsing his previous best of 63 yards, and the Pack yielded just 5 yards of return yardage on three returns.

Tenpenny was also named the national Punter of the Week by the College Football Performance Awards. Freshman kicker Brent Zuzo earned honorable mention Kicker of the Week after connecting on all three field goal attempts and both extra points against UNLV.