OPINION: Immigration reform should be the first order of business now 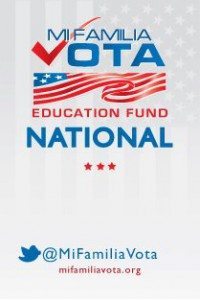 WASHINGTON, DC – The recent government shutdown served as a public demonstration of eroding partisan politics and the American public’s discontent with House policymakers. Now that the federal government is open for business, it is time for House leadership to stop the partisan politicking and demonstrate that they are willing to work across the aisle to move forward commonsense immigration legislation that will boost our economy and strengthen our communities.

The following is a statement from Ben Monterroso, executive director of Mi Familia Vota Education Fund:

“President Obama has reiterated immigration reform as a priority issue, not only because of our country’s moral obligation to ensure that every person in this country can live free of fear, but also because it is the right thing to do for our country and our economy. Now the moment is here for the House Republican leadership to regain America’s confidence in our government to do what they were elected to do, govern and make decisions that will ensure continued growth for our nation.

“House leadership can redeem itself and live up to their rhetoric on the concerns of the economy and deficit by calling immigration reform to a vote. We need our elected leaders to stop delaying the issue and either embrace the newly introduced immigration bill (HR. 15) or propose a fair solution to our broken immigration system that includes a path to citizenship. We know that the bipartisan support is there and we know that now more than ever is the time to put politics aside and do what is right.

“House leadership has an important decision before them: do they leave a legacy of inaction, voter dismay and continued disconnect with one of the fastest growing voter segments in the nation, Latinos, or do they redeem themselves and show true leadership by passing immigration reform with a road map to citizenship. The decision is common sense.

“Our movement and coalition stands stronger than ever, the over 180 mobilization events across over 40 states earlier this month showcased the strength, diversity, and breadth of our movement. Our efforts will not seize until Congress passes a permanent solution so that our 11 million undocumented brothers and sisters can finally step out of the shadows.”

Mi Familia Vota Education Fund is one of the premiere 501(c)(3) national Latino civic engagement organizations that unites Latino, immigrant, and allied communities to promote social and economic justice through increased civic participation; including citizenship promotion and assistance, voter registration, and voter engagement. Visit us at www.mifamiliavota.org. Follow us on Facebook and Twitter (@MiFamiliaVota), YouTube: MiFamiliaVota.