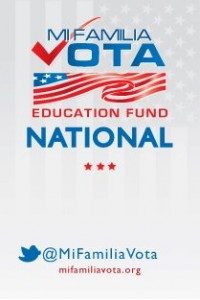 “We applaud House Democrats for doing the right thing, proposing a solution to our dysfunctional immigration system. This brave step to push forward a proposal during such challenging times for our government not only demonstrates their commitment for reform but their understanding of the many benefits immigration reform can bring to our nation and communities. Our movement continues consistent, strong, and optimistic and today’s action only serves to reinvigorate our effort and turn up the pressure to ensure reform moves forward this year.

“Congressman Garcia and his colleagues have demonstrated their desire to ensure bipartisan support for this bill by including key bipartisan policy elements initially crafted and supported by both Democrats and Republicans. Most of the bill’s provisions were approved in the Senate on a bipartisan basis. Their proposal includes an earned path to citizenship, enforcement and system reforms that are consistent with our movement’s values. It is a serious proposal that, if given a vote, would pass the House of Representatives with more than 218 votes and bring our immigration system up to par with a 21st century society, helping strengthen our economy and nation.

“Here lies an opportunity for Speaker Boehner, Majority Leader Eric Cantor and Majority Whip Kevin McCarthy to come through for the American people and let the bipartisan majority express its will by bringing reform to the floor. We have on record 26 House Republicans who already support immigration reform with a path to citizenship. Hence, the party must either decide to embrace this bill and put pressure on fellow colleagues to assure a vote or they can propose their own comprehensive solutions to fix our system. However, inaction or delay is not acceptable and we will certainly not consider piecemeal approaches that undermine our values and principles for reform as viable options.

“The time for immigration reform is now. Our movement continues to get stronger every day and the breadth and diversity of support helps augment the need for a permanent change that grants immigrants the opportunity to live with dignity and respect and assures the American values of liberty, freedom, and the pursuit of a better life in this country. Our movement will not stop until we can achieve a solution. This October our movement will ratchet up the pressure with over 150 mobilization events to be held throughout the country.

“Today the Democratic party demonstrated its commitment to immigration reform and good will to assure bipartisanship. Now, we urge Republican House members to embrace a solution for our broken immigration system. We ask those Republican members who have willingly and publicly supported reform to encourage their colleagues to get on the right side of history and not run the risk of losing a vital and growing group of voters on the brink of a midterm Election year.”

Mi Familia Vota Education Fund is one of the premiere 501(c)(3) national Latino civic engagement organizations that unites Latino, immigrant, and allied communities to promote social and economic justice through increased civic participation; including citizenship promotion and assistance, voter registration, and voter engagement. Visit us at www.mifamiliavota.org. Follow us on Facebook and Twitter (@MiFamiliaVota), YouTube: MiFamiliaVota.