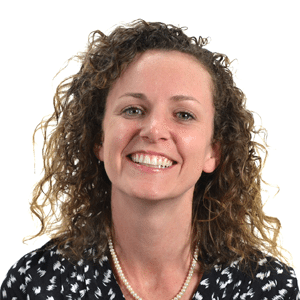 Kari Barber is a journalist and documentary filmmaker with a master’s of fine arts degree in filmmaking and electronic media from American University in Washington, D.C. and a bachelor’s of arts degree in journalism from the University of Oklahoma. She joined The Reynolds School faculty in August 2013.

UNR NEWS — Reynolds School Assistant Professor Kari Barber has produced an award-winning documentary titled, “Baking Alaska.” It was recently selected for screenings at the LA Femme International Film Festival, the Santa Fe Independent Film Festival and the Ruby Mountain Film Festival, where it won the award for best short film. The project was funded through Kickstarter donations, and Barber even slept on the bakery owner’s floor while filming in order to keep production costs low.

In an effort to help Barber prepare for her film festival tour throughout the next week, The Reynolds School will host an exclusive screening of the film 4-5 p.m., Wednesday, Oct. 9 in in Studio A on the first floor of the Donald W. Reynolds School of Journalism building. The public and media are welcome to attend.

“Baking Alaska” follows an office-dwelling Oklahoman named Jackie as she decides to quit her day job following the death of her father. She leaves her life behind to open a bakery with her mother and sister in the Alaskan fishing village of Homer, more than 3,700 miles away from their hometown.

Barber captures their adventure on film as they come together as a family to triumph over the challenges of starting a business.

“Baking Alaska is a story about family, adventure and following your dreams to the last frontier,” Barber said. “It is a story of compassion and perseverance.”

The film carries an important message to those who are not satisfied by the status quo.

“This film is our story, all of us,” she said. “We are conditioned to believe that we will find happiness in stability and are surprised when we don’t. Seeing these three women throw their stable lives aside to pursue this fantasy has changed my life. I know it will inspire others too.”

What’s next for Barber?

Barber finished filming “Baking Alaska” in 2012 and is now working on a transmedia web-based social history project and documentary film about historical all-black towns that formed after the Civil War in her home state of Oklahoma during an unrealized effort to make it the first all-black state.