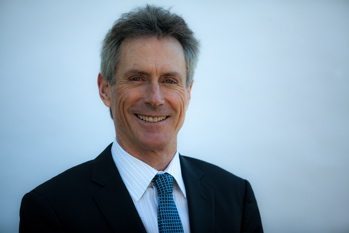 WIN NEWS RELEASE – Mark Allen, a six-time consecutive winner of the Hawaiian Ironman triathlon, will be the keynote speaker at this month’s WIN breakfast meeting. The meeting will be held on Friday, September 27, at 7:00 a.m. in the Capri Ballroom at the Peppermill Resort Spa Casino. Sponsored by Renown Health, the popular networking breakfast event will feature Allen’s “The Art of Ironman Success.”

Allen is considered to be the most cherished athlete of the triathlon sport. For the past 15 years, Allen has competed in 96 races total, victorious in 66 of those races.

Allen credits his Ironman victories to trainer Brant Secunda, who is a shaman and leader of the Huichol Indian tradition in Mexico. Following Allen’s triathlon success, he created a series of seminars called “Fit Body Fit Soul” with Secunda to provide participants with a colloquium on how to live a healthy and balanced life.

Other races that Allen has won over the years include the World Championships in 1989 and winning the Nice International Championships for 10 consecutive years.

At the WIN breakfast meeting, Allen will present his journey in racing triathlons, as well as principles on how anyone can flourish in their personal and professional lives.

WIN holds monthly breakfast meetings, generally on the last Friday of every month, at the Peppermill Resort Spa Casino beginning at 7:00 a.m. Please RSVP to 775-359-7117. Breakfast is $15 for members and $30 for non-members. For more information, please visit www.winevada.com.

WIN is northern Nevada’s only organization that provides an optimal networking environment with hundreds of community and business leaders for a minimal time commitment from its members. WIN’s goal is to create an open forum for networking and the sharing of ideas among northern Nevada’s professional community. WIN holds monthly breakfast meetings generally on the last Friday of every month at the Peppermill Resort Spa Casino beginning at 7:00 a.m.