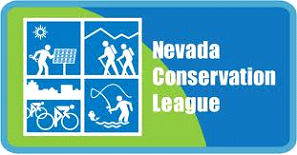 LAS VEGAS – With a legislative session that saw the end of coal in Nevada and the passage of a record number of pro-conservation bills, it’s no surprise that the environmental community gave lawmakers high marks for their work in Carson City this year. Expect to see high scores when the Nevada Conservation League (NCL), the state’s leading environmental advocacy group, releases its 2013 Conservation Scorecard on Sept. 30.

After each Legislative Session, NCL sits down to analyze how state legislators voted on various environmental bills. The organization releases its findings, including the final score assigned to each senator and assembly member on the basis of their environmental voting record in the Conservation Scorecard. NCL also uses the occasion to evaluate the Governor’s performance on conservation issues.

Average scores for both the Assembly and the Senate rose sharply this year. The Assembly average was 85 percent, compared with 73.8 percent in the 2011 Scorecard. The Senate’s average score went up even more dramatically, climbing to 91.4 percent from their 2011 average of 70.6 percent.

Kyle Davis, NCL’s political director, says the dramatic increase demonstrates that more legislators are taking environmental considerations into account for their votes across the board. “Each bill has the same weight when we compute the score – there’s no extra credit,” said Davis. “The score averages are up because there were more pro-conservation votes. It’s a very good sign.”

Legislators of the Year

In the Scorecard, NCL names Senator Aaron Ford and Assemblyman Richard Carrillo as Legislators of the Year. They both earned stellar voting records on environmental issues, but it takes more than that to receive the honor, according to Davis. “Both Senator Ford and Assemblyman Carrillo went above and beyond for the environment,” he said. “They showed real leadership on priority issues.”

This is the sixth edition of the Conservation Scorecard. NCL’s executive director, April Mastroluca, points out that, with its non-partisan system for evaluating legislators’ records, the Scorecard has been an important tool for the environmental community.

“Environmental issues tend to have global consequences, and it can be hard for people who care about those issues to understand what a big impact the state legislature can have,” she said. “Through the work of the Nevada Conservation League and this Scorecard, Nevadans are starting to realize that effective state regulations are crucial, whether you want to put solar panels on your house, protect your drinking water, or make sure that your favorite hiking spot doesn’t become a highway.”

For a copy of the complete scorecard, please visit our website at http://www.conservationscorecard.org or contact the Nevada Conservation League at [email protected] or at 702-505-9477.