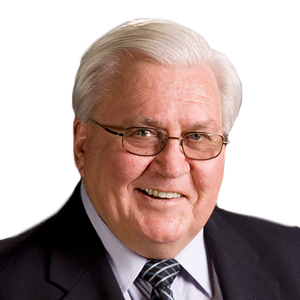 “Robert Laxalt: Story of a Storyteller” sheds light into the less illuminated corners of Laxalt’s personal and career sagas


UNR NEWS — The Donald W. Reynolds School of Journalism at the University of Nevada, Reno, University Libraries Special Collections and the University’s Center for Basque Studies recently hosted a release party for Warren Lerude’s book Robert Laxalt: Story of a Storyteller at the Mathewson-IGT Knowledge Center.

In this new biography, Lerude, professor emeritus of journalism, focuses on Laxalt’s development as a writer, especially through his formative days as a journalist in Reno and Carson City, and on to Laxalt the family man, teacher, publisher and much more.

Lerude said, “The odyssey of this book began with an idea from my long-time friend and colleague Bruce Bledsoe. Bruce brought it to my attention that of the 17 books Laxalt wrote, none of them were biographical in nature. With a little nudging from Joyce, Bob’s wife of 52 years, and their daughters Monique, an attorney and novelist, and Kristin, a physician, I decided to take on the project.”

Robert Laxalt, whose journalism, creative nonfiction and fiction made him a national and international literary figure, is the most acclaimed writer from the state of Nevada in modern times. His 1957 classic, Sweet Promised Land, not only brought to life the immigrant experience of the Basques who had come to the United States as sheepherders, it also served as an exemplary story for all immigrants to the United States.

Laxalt, who died in 2001 at 77 years old, left a legacy of evidence about his writing life in the Special Collections and University Archives Department at the Knowledge Center. Special Collections is home to 26.5 cubic feet of Laxalt’s papers spread throughout 33 rectangular boxes.

“So much of what Laxalt was known for is contained in our collection,” Jacquelyn Sundstrand, manuscripts and archives librarian for the Special Collections Department, said. “Warren reviewed numerous drafts of Laxalt’s various novels, manuscripts, correspondence and more to help bring his professional history to life.”

The book is published by the Center for Basque Studies, which publishes high-quality books in English on Basque-related topics. The Laxalt biography is the inaugural book in a new series, Basque Originals, which presents lively, entertaining and informative books on a variety of subjects relating to Basques around the world and the experience of being Basque.

“Robert Laxalt is a father figure for many Basque-related initiatives,” Dan Montero, publications editor for the Center for Basque Studies, said. “He was a key person who helped create the Basque Studies program and the Basque library at the University,, served as the first director of the University of Nevada Press and was an extremely important writer in the Basque community. As a result, it is no surprise he was largely responsible for the creation of the Basque identity in the United States.”

“There is no one better suited to tell the story of a great storyteller than someone who fits that description himself,” Joe Crowley, president emeritus of the University of Nevada, Reno, said. “Warren has given us a remarkable chronicle of the life of Nevada legend Robert Laxalt. It is a book that is thoroughly researched, crisply written and honest to a fault. This is a biography about a man, Bob Laxalt, who richly deserves one. It will surely stand the test of time.”