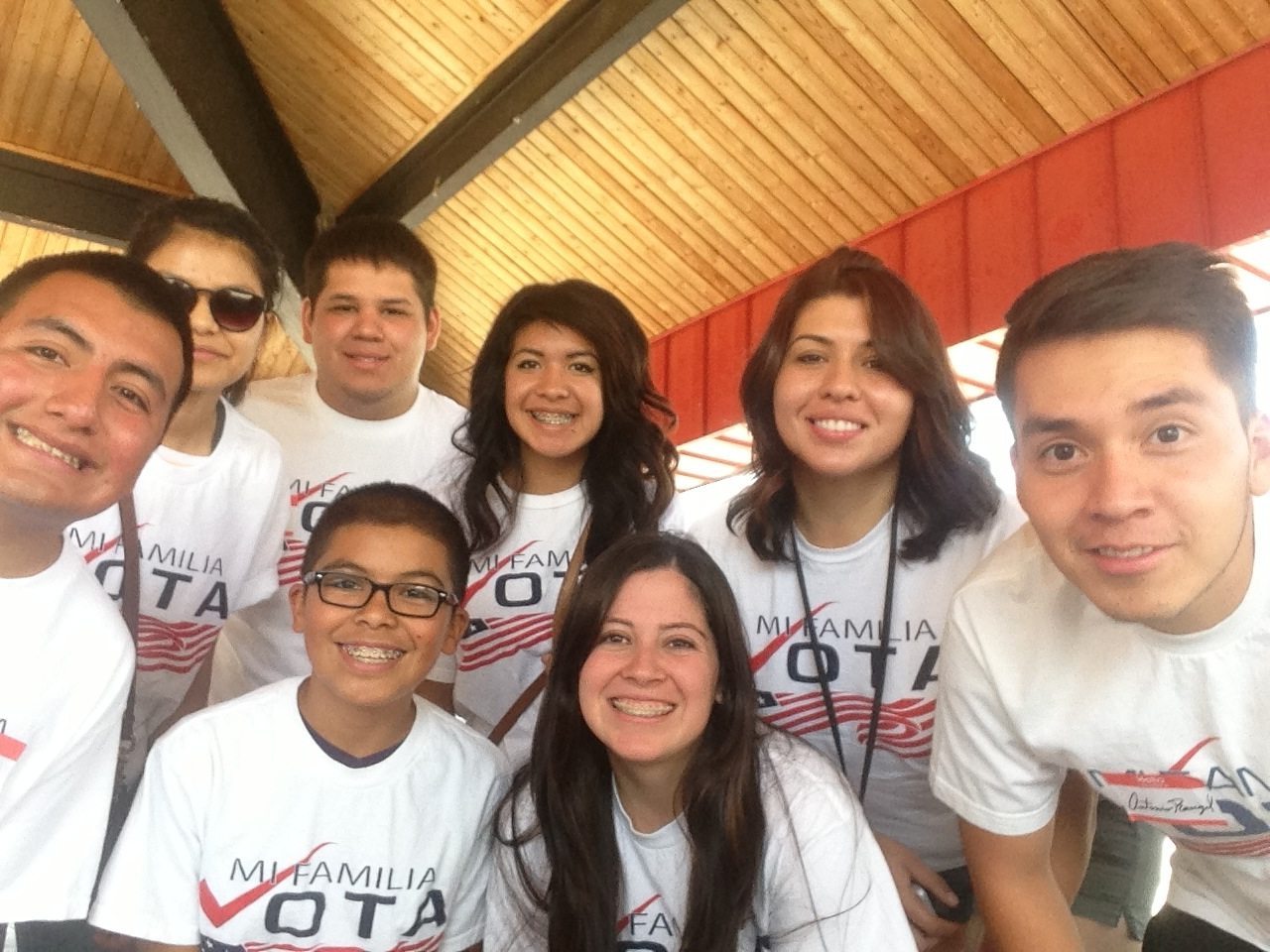 MI FAMILIA VOTA NEWS RELEASE – This past weekend, Mi Familia Vota, Organizing for Action, and dozens of community partners hosted a door-to-door canvassing effort that resulted in close to 20 volunteers knocking on over 200 doors around the Miguel Ribera Park neighborhood. Volunteers urging constituents to participate in public assemblies taking place this week, one of them being an immigration town hall meeting hosted by Congressman Mark Amodei on Friday, August 23, from 10:30 a.m. – 12:00 p.m.

Organizers are asking Rep. Mark Amodei to support immigration reform with earned citizenship and call on House leadership to put it a bill proposal up for a vote when they return from recess in the fall. The American people and voters in Nevada’s 2nd Congressional District support reform with a path to citizenship. Now it’s time for the House of Representatives to act.

“This is the best opportunity we’ve had in a generation to pass real immigration reform that moves our country forward,” said Leo Murrieta, State Director of Mi Familia Vota, Nevada. “We’re calling on Congressman Mark Amodei to be clear on his support for Immigration Reform with a pathway to earned citizenship and urge his colleagues in the House to deliver a vote. Our families simply can’t wait any longer.”

Leaders across the country and thousands of community members are bringing this message to key Congressional targets during “Immigration Reform Summer” while members are home for the August recess.

“I am canvassing…because a reform would help me and give me more opportunities in a country where my family and I have lived for over 14 years, basically most of my life” said Valentin Marquez, Volunteer for Mi Familia Vota. “I want to be a full participant of the country that I love so much, I would like to vote in every election and be able to leave the country to visit my loved ones with the security that I may be able to return.”

An unprecedented field effort, these nationwide actions show our movement is strong and getting stronger every day. The support for reform comes from across the country and across the political spectrum. Our movement is comprised of immigrant, ethnic, faith, labor, business, progressive, and conservative groups. We will not stop until immigration reform is enacted. We believe that America works best when the “them” become “us” so that all of us become stronger.

Mi Familia Vota Education Fund is one of the premiere 501(c)(3) national Latino civic engagement organizations that unites Latino, immigrant, and allied communities to promote social and economic justice through increased civic participation; including citizenship promotion and assistance, voter registration, and voter engagement. Visit us at www.mifamiliavota.org. Follow us on Facebook and Twitter (@MiFamiliaVota)