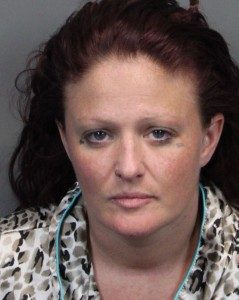 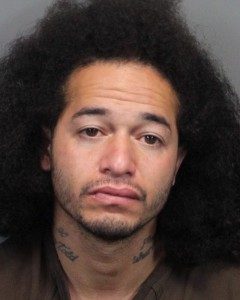 RPD NEWS — On Sunday, August 25, 2013, in the early morning hours, Reno Police Officers were summoned to the 1300 block of Kirman St., Reno, on the report of a trouble unknown; a male victim reportedly being chased by another male armed with a handgun.

Officers learned from the victim that a male and female suspect arrived at the victims residence, displayed a handgun and robbed the victim of personal property and his vehicle.

On Monday, August 26, 2013, Reno Police Detectives located the stolen vehicle in the parking lot of the Quality Inn motel and began a surveillance of it. Shortly there after, two subjects who closely matched the suspect descriptions, where observed exiting a motel room.

Upon seeing detectives, the subjects then fled into a different room. After lengthy discussions with the occupants of those rooms, the two subjects ultimately exited the room and were interviewed. At the conclusion of those interviews, the subjects were identified as the perpetrators of the robbery, arrested and transported to jail. All property stolen from the victim as well as a handgun was recovered on scene.