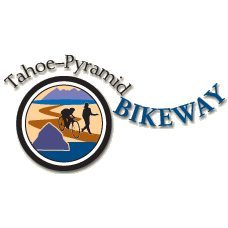 Reno, NV (August 12, 2013)  — Cycling enthusiasts are invited to meet and ride with Tour de France Champion Andy Schleck and cycling legends JensVoigt and Frank Schleck at two public events and to show support for the Tahoe-Pyramid Bikeway and the Tour de Nez.

The internationally renowned athletes will be in Reno-Tahoe to relax and train for the USA Pro Cycling Challenge starting Monday, August 19 in Aspen, CO.

These legends are hosted by Reno’s cycling enthusiast Franz Weber, an Olympian and six-time consecutive World Speed Skiing Champion who chose to relocate to the area in 1984.

“Many world-class athletes favor the Reno-Tahoe area to train due to the altitude, weather, and diversity of recreational opportunities and absence of state income tax,” Weber said.

“Reno-Tahoe’s reputation as a destination of choice for cycling enthusiasts and world class athletes continues to grow.  I’m happy that healthy lifestyles such as cycling are an important part of our community and is an accessible sport for many who reside here,” Stacie Mathewson of the Stacie Mathewson Foundation said.

The Foundation is a community based substance abuse organization for youth, and title sponsor for the 20th Tour de Nez.

Schedule for Thursday, August 15, 2013 in Reno
Meet and greet the pros at the old Reno Arch at the Siena Hotel Spa Casino from 8:00 a.m. to 9:00 a.m. Ride departs the Siena at 9:00 a.m. and takes a scenic tour through Reno at a leisurely pace (15 mph) and concludes at Galena Market on Thomas Creek Road. A donation of $25 for the ride and $100 for ride and photo opportunity is suggested and benefits the Tahoe-Pyramid Bikeway. Advanced riders wishing to test their legs and endurance are welcome to try and keep pace up the Mt. Rose Highway to Lake Tahoe as the pros resume their training pace.

Schedule for Friday, August 16, 2013 in Tahoe
Meet and greet the pros at 9:00 a.m. at the Homewood/West Shore Café parking lot and ride with the pros for the first 20 miles of their training ride. A donation of $25 for the ride and $100 for ride and photo opportunity is suggested and benefits the Tahoe-Pyramid Bikeway.

“This is a rare opportunity to ride with three of the world’s most accomplished cyclists and to further our vision of creating one of the most scenic bikeways in America,” Janet Phillips, Tahoe-Pyramid Bikeway president, said. “The Tahoe-Pyramid Bikeway, when completed, will give enthusiasts access by foot or by bicyclefrom its source at Lake Tahoe to its desert terminus, Pyramid Lake and descend over 2,000 feet in 116 miles.”

“Having had the opportunity to follow the fabulous careers and impressive results we are excited to welcome these athletes to the greater Reno-Tahoe area,” David Hartman of The Reno-Tahoe Audi Cycling Team, said. “Sharing the passion we feel for the sport across the community is special indeed and we look forward to the experience with everyone in attendance.”

For More Information
Visit RenoTahoeCycling.com for more details, route descriptions, and to connect with fellow cyclists. For eventlogistics, contact David Larson (775) 762-5418. Special rates of $40 plus resort fee will be offered to all participants at the Siena Spa and Casino.

About the Pros
Andy Schleck is a Luxembourgish professional road bicycle racer for UCI Pro Tour team RadioShack-Leopard-Trek and is the 2010 Tour de France Champion and runner-up at the Tour twice.

Jens Voigt
Jens Voigt is a German professional road bicycle racer for UCI ProTeam RadioShack-Leopard-Trek and was the oldest competitor at the 2013 Tour de France at age 41. No matter the country, no matter the age group, most people would be hard pressed to think of a more popular rider than Jens Voigt.

Frank Schleck
Frank Schleck, older brother of Andy, is a Luxembourgish professional road bicycle racer with a long career of podiums and accomplishments and best known for his winning the mountain stage in the 2006 Tour de France which finished on the Alpe d’Huez.