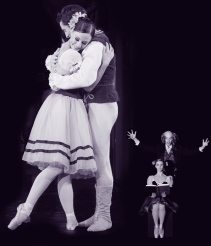 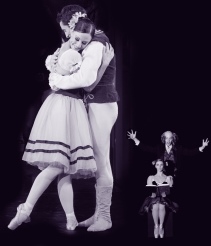 SUBMITTED NEWS — Sierra Nevada Ballet has selected the famed Coppelia ballet for its summer performances scheduled for July 27 at Nightingale Hall, as part of the Artown Festival, and July 29 on the outdoor stage at Sand Harbor State Park in conjunction with the Lake Tahoe Shakespeare Festival.

A comic love story, Coppelia is filled with fantasy and reality as it tests the relationship of the heroine, Swanilda, and hero, Franz, through the romantic device of a beautiful lifeless doll created by the obsessive Dr. Coppelius. The ballet showcases series of comic mishaps that end in a happy marriage celebration.

Based upon the original choreography with a modern twist, is choreographed by Rosine Bena and presented by some of the finest performers in the business.

Coppélia premiered on 25 May 1870 at the Théâtre Impérial l’Opéra, with the 16-yearold Giuseppina Bozzacchi in the principal role of Swanhilde. Its first flush of success was interrupted by the Franco-Prussian War and the siege of Paris – which also led to the early death of Giuseppina Bozzacchi, on her 17th birthday – but eventually it became the most-performed ballet at the Opéra and throughout the world.

For more information and to purchase tickets, visit the ballet’s website at www.sierranevadaballet.com .