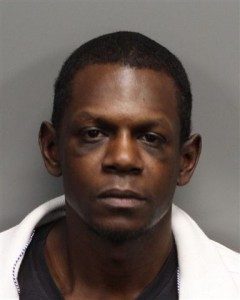 Robert Michael Owens Jr., a Cold Springs resident was arrested Tuesday afternoon, July 16, 2013, for the murder of Lacee Nicole Shupe and for the attempted murder of a second victim, identified as 39-year-old, Joshua Able, also of Cold Springs.

Owens is currently in custody at the Washoe County Detention Facility.

On Monday, July 1, 2013, at approximately 5:30 a.m., the Washoe County Sheriff’s Office responded to a report of suspicious circumstances in the 17100 block of Crystal Canyon Court in the Cold Springs area. Preliminary investigation showed the incident involved three roommates in which one roommate attacked the other two causing significant injuries.

All three subjects were transported to a local hospital where victim Lacee Shupe succumbed to her injuries. The initial cause of death is believed to be sharp force trauma, however a final determination is pending from the Washoe County Medical Examiner’s Office.

The Sheriff’s Office asks that anyone with information about these individuals or the incident contact the Washoe County Sheriff’s Detective Division at (775) 328-3320 or Secret Witness at (775) 322-4900.