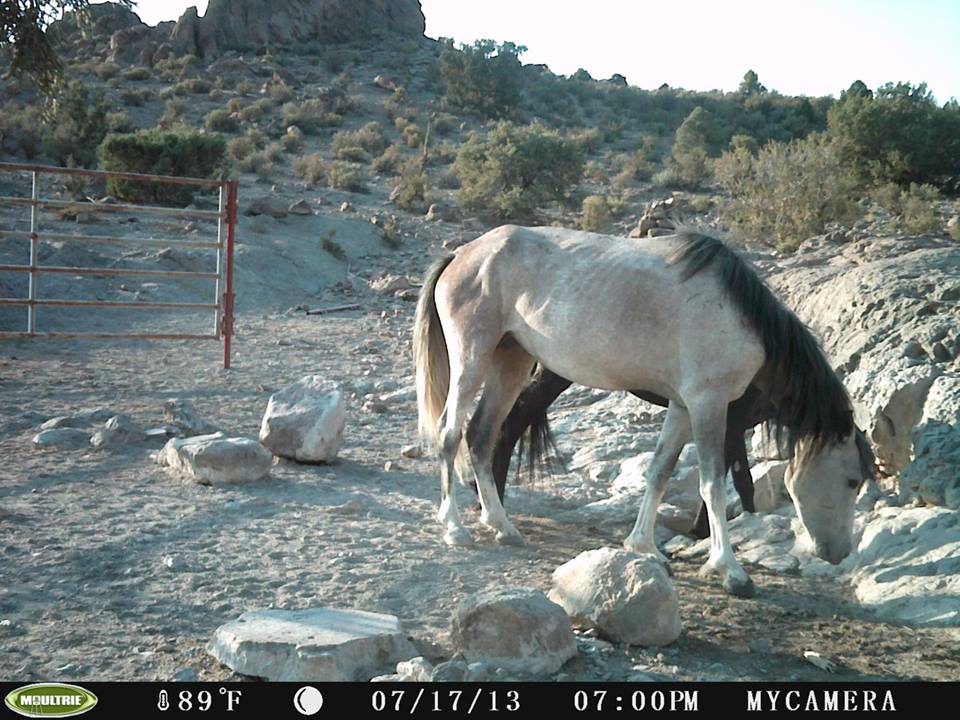 BLM NEWS — The Bureau of Land Management today announced its current summer schedule for gathering wild horses and burros roaming Western public rangelands. The schedule is subject to change because of continuing drought conditions across the West that are resulting in significantly limited water and forage for wildlife, wild horses and burros, and livestock. BLM managers are monitoring animal and range conditions, reducing livestock grazing, enacting fire restrictions, and providing supplemental water in some locations for wild horses.

Most of the gathers on the schedule will use bait and water trapping to attract, gather, and remove animals to off-range pastures and corrals over the next several months. Because of access constraints, lack of suitable bait-water trapping sites, and the need for more immediate action related to animal condition, six of the proposed gathers will be conducted using helicopters.

Because of off-range holding capacity limits and funding constraints, the BLM will attempt to gather and remove only 1,300 wild horses and burros this summer. Overall, the BLM anticipates removing about 4,800 animals from the range in FY 2013, as compared to 8,255 in FY 2012.

Most of the upcoming gathers have been scheduled in response to emergency conditions brought on by drought; public safety issues related to animals that roam near highways, residential areas, and agricultural areas; and requests from private landowners who have asked the BLM to remove from their property wild horses and burros that have strayed beyond Herd Management Area (HMA) boundaries.

With the exception of some re-treatments of mares in the Little Bookcliffs (Colorado) Wild Horse Range, the agency does not intend to administer fertility-control vaccine during any of the proposed summer gathers. Instead, the BLM intends to implement fertility-control treatments through ground-darting operations and during gathers between November and February – before breeding season – when the vaccines’ maximum effectiveness can be realized.

The BLM is committed to providing as much public access to gathers as possible. The terrain of and access to each HMA is different, as is animal temperament within each area, and thus viewing considerations may vary. Public viewing opportunities will be provided during all helicopter gather operations. Access to bait-trapping locations will be limited because of the need for minimal human presence near the sites. The public is advised to visit local BLM field office Websites for specific schedules and viewing opportunities.