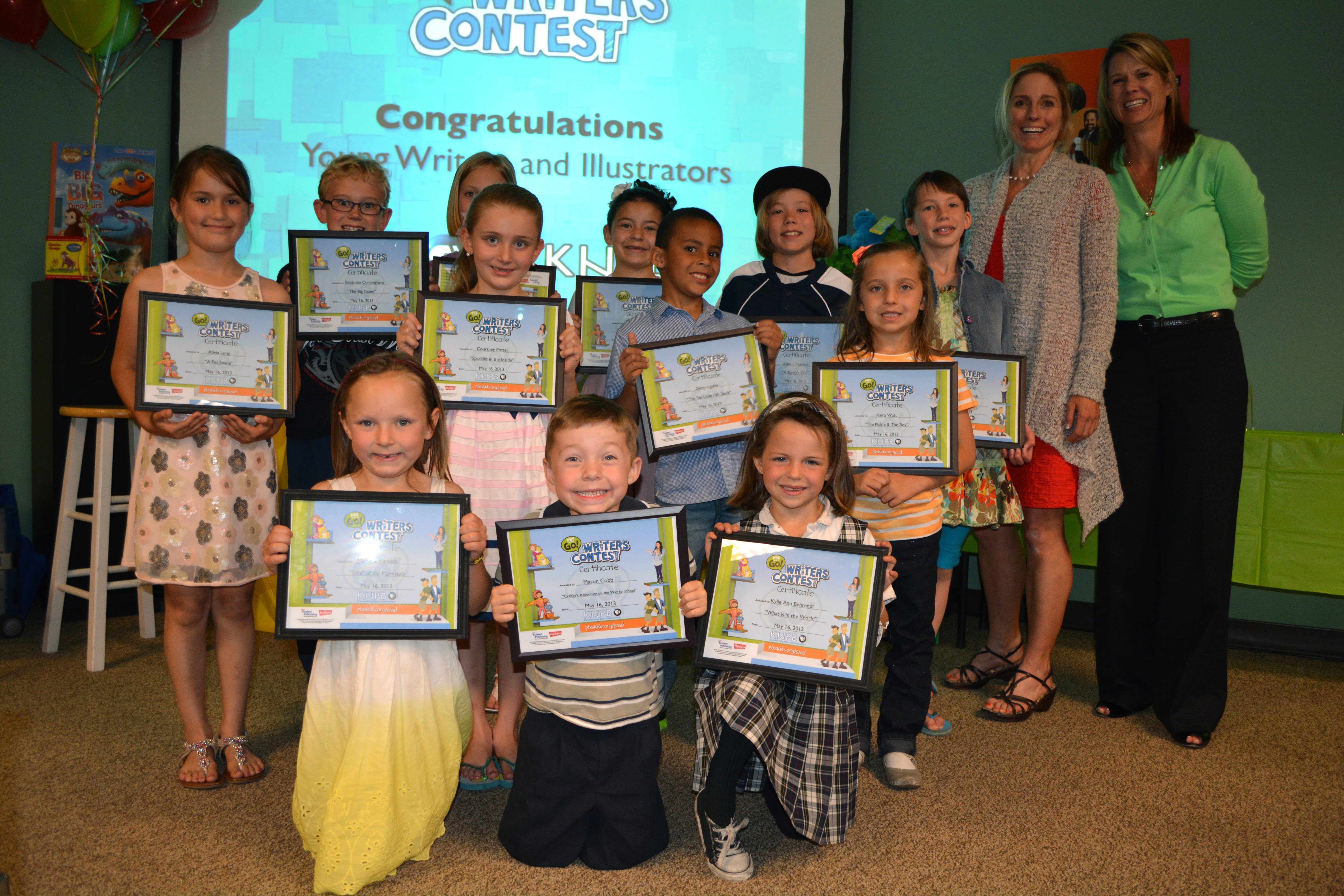 KNPB NEWS — After numerous classroom visits attended by 2,000 children, 65 workshops and hours of judging 410 entries, KNPB Public Broadcasting has announced the winners of the local PBS Kids GO! Writers Contest. The dozen winning stories were created, authored and illustrated by local students in kindergarten through third grade. The winning work will be honored at a celebration Thursday, June 20, 2013 from 5 – 6 p.m. at the Reno-Tahoe International Airport.

At the celebration, The Reno-Tahoe International Airport will reveal an exhibit that features these stories. The exhibit will be on display in the ticketing area throughout the summer.

“The winning stories this year are some of the most creative I have ever seen,” Kurt Mische, president and CEO of KNPB said. “Everyone who comes in or out of the Reno airport will be able to read and enjoy these stories. I hope this helps them recognize the commitment and dedication that our community, the Reno-Tahoe International Airport and KNPB have to education and the arts.”

The PBS Kids GO! Writers Contest is a national PBS initiative designed to promote the advancement of children’s literacy skills through hands-on, active learning. It’s hosted locally by KNPB. The stories were judged on the idea, structure, voice and complimentary illustrations. The winning stories have moved on to compete at the national level.

A first, second and third place winner were chosen in kindergarten through third grade. The winners represent seven elementary schools across the community, including St. Albert’s Elementary, Brown and Jesse Beck. To view the full list of winners visit: http://www.knpb.org/teacher_resources/readytolearn/young_writers_contest/