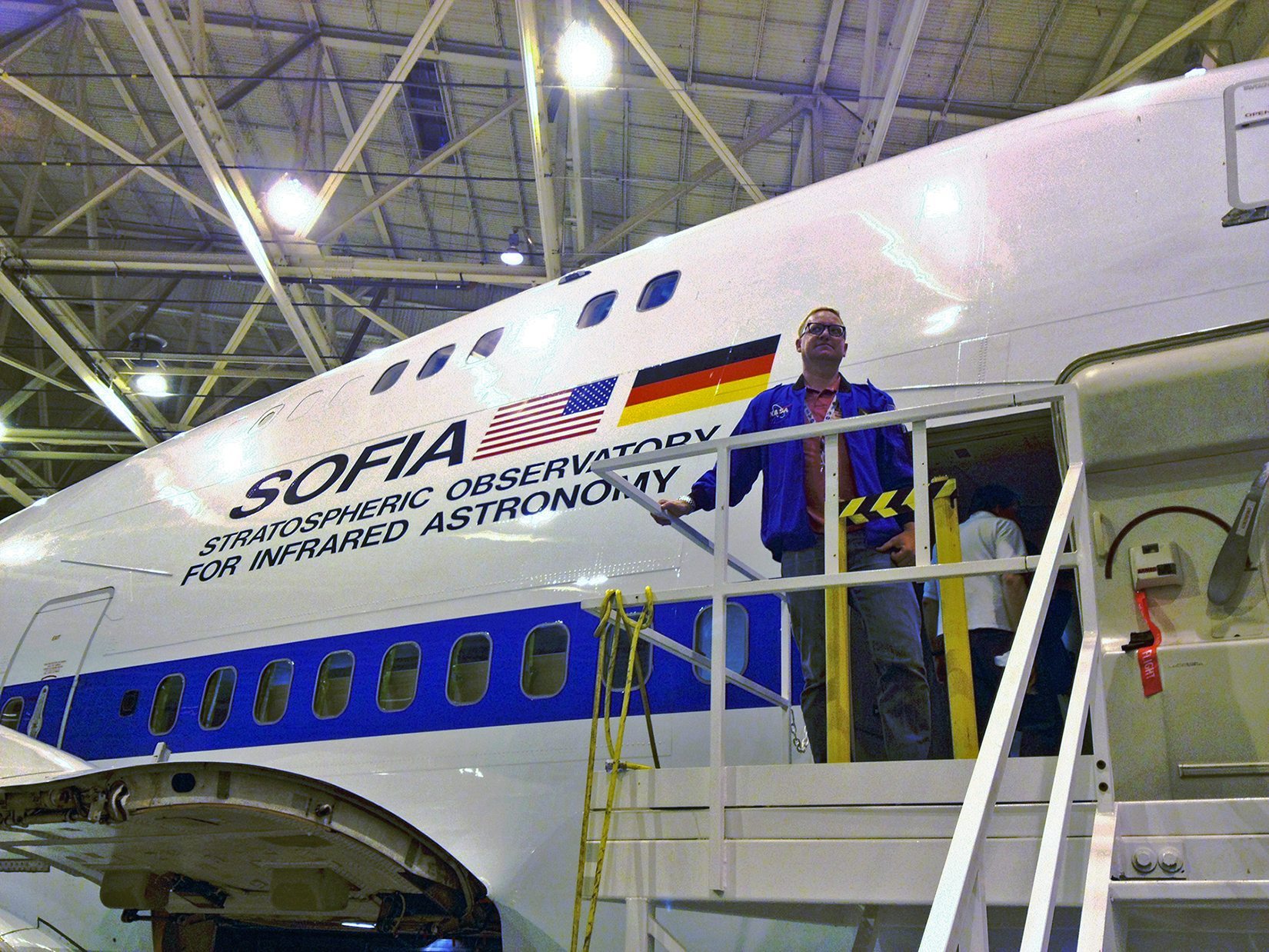 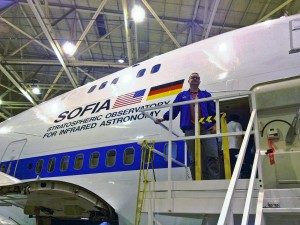 UNR NEWS — Dan Ruby spends a lot of time, as the University of Nevada, Reno Planetarium’s associate director, looking at and studying space and its many wonders. Tonight, he and teammate Matt Oates, from the Dilworth STEM Academy, will be closer to the stars than ever after they board NASA’s flying observatory SOFIA.

They are among 26 educators from across the United States selected to be Airborne Astronomy Ambassadors, working with research teams aboard SOFIA (Stratospheric Observatory for Infrared Astronomy).

”This is an honor, and it’s exciting to see the forefront of space science research,” Ruby said. “We’ll be able to bring a lot back to the kids who come to the Planetarium on field trips, in the classroom and to the community interested in astronomy.”

The pair is flying at the edge of the atmosphere on the airborne observatory, a modified Boeing 747SP jetliner equipped with a 2.5 meter diameter telescope, slightly larger than the Hubble Space Telescope. The observatory enables the analysis of infrared light to study the formation of stars and planets; chemistry of interstellar gases; and supermassive black holes at the center of galaxies. Learn more at NASA’s SOFIA website.

As participants in the first cycle of the Airborne Astronomy Ambassadors program, Ruby and Oates will partner with professional astronomers using SOFIA for scientific observations, and share their knowledge with local students and community members through the 2013 school year and beyond.

They will take two flights this week, one tonight and one Thursday night. The eight- to 10-hour flights are based in southern California. The flights can be tracked in real-time on http://flightaware.com, on the left side of the pagefind “private flights” and enter the SOFIA tail number, NASA747, into the box.

Ruby’s trip can also be followed via his tweets (#UNR_SOFIA), his photos and his videos. He will also be posting on the SOFIA AAA Facebook page, Facebook/SOFIA-Stratospheric-Observatory-for-Infrared-Astronomy. His tweets can be found at @UNRplanetarium, his photos on Flickr: fleischmannplanetarium and videos on YouTube: UNRplanetarium.

For more about SOFIA education and public outreach visit http://www.sofia.usra.edu/Edu/edu.html.