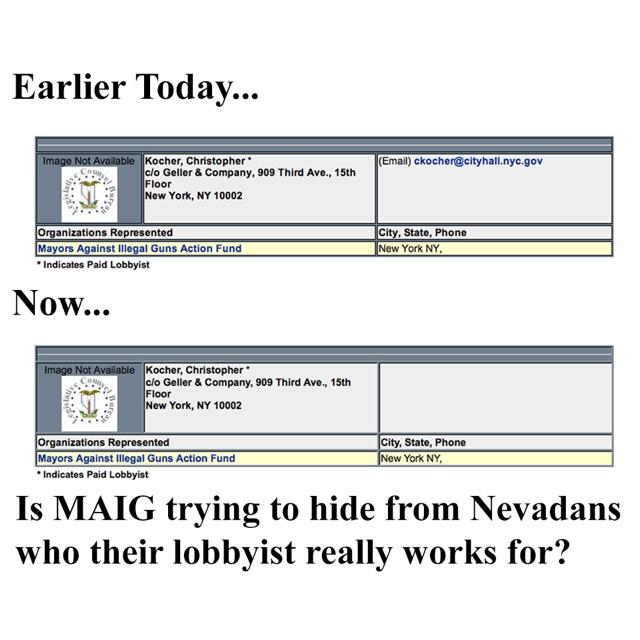 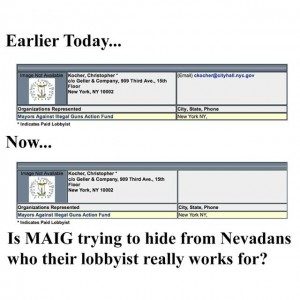 CARSON CITY, NV – The Nevada Firearms Coalition announced Sunday that they will continue to oppose New York Mayor Michael Bloomberg’s efforts to force the passage of Senate Bill 221 through the Nevada Legislature.

“Bloomberg is a bully,” said Don Turner, President of the Nevada Firearms Coalition. “It tells you exactly how much support there is for SB221 when Bloomberg needs to hire more than 10 lobbyists, two who work for his New York Mayor’s office, to buy Nevada Democrats’ support of this bill. It is an affront to Nevada Citizens and to our elected officials that he uses his out of state money and his NYC position to negatively impact our rights.”

Bloomberg claims to speak for Nevada Mayors; however, only two mayors and Nevada’s Attorney General are members of his organization. AG Catherine Cortez Masto announced her support of Bloomberg’s bill last week.

“It is appalling that Bloomberg’s lobbyists would try to hide from Nevada that they work for Bloomberg in New York City,” Turner said. “When it was reported that they had New York City email addresses, the emails were immediately removed from the Nevada Legislature lobbyist list.”

The Nevada Firearms Coalition is a Nevada grassroots organization of gun owners. We are dedicated to the safe and responsible use of firearms for self-defense, competition, recreation, and hunting.