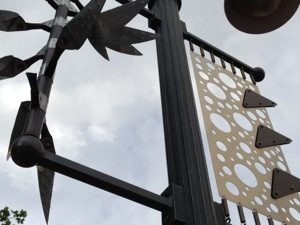 Among the funded projects: the Comstock ATV Jamboree, a first-time special event in Dayton; Operation Sierra Storm, a Tahoe-area event geared to meteorologists, who influence visitor travel; and the REMAX World Long Drive Championship in Mesquite.

“Enhancing the economic vitality of Nevada’s tourism industry is the basis for all our efforts at NCOT,” Vecchio said. “The Rural Grants Program certainly fulfills that objective, and we are pleased to be able to support selected special events and innovative marketing programs.”

Grants are awarded twice a year; this recent disbursal was the first for fiscal year 2014. NCOT, which receives three-eighths of 1 percent of room tax revenue as its operating budget, uses a part of its funds to offer the Rural Grants Program, which helps nonprofit groups and government agencies in rural Nevada enhance visitation and boost revenue from overnight stays.

$8,000 to the Lake Tahoe Visitors Authority to help bring back Operation Sierra Storm, a meteorology conference and seminar. The annual gathering, which began in 1993 but which has been on hiatus since 2008, builds relationships with meteorologists, who have considerable influence on visitor travel. Grant funding will offset some of the event costs.

$5,000 to the city of Mesquite’s Athletics & Leisure Services department to offset costs to produce and show TV spots aired during the Golf Channel’s national broadcast of the RE/MAX World Long Drive Championship. The Long Drive Championship has been held in Mesquite for the past 17 years; this is the first time it will be televised on the Golf Channel and on NBC Sports.

$15,000 to the city of Carlin to expand television and radio advertising to promote three of the city’s summer events: the annual Carlin Show n’ Shine car show, the Smokin’ Hot Chili Cook-off and the Carlin Ranch Hand Rodeo. The advertising campaigns will run in Reno, Salt Lake City and Idaho.

Grants are given to nonprofit entities, which in turn must provide a 50-50 match in funds or volunteer hours. NCOT reimburses applicants after the projects are completed and labor and funding details are documented. With the launch of the new statewide brand, grant-funded marketing elements also will include the new “Nevada: A World Within. A State Apart.” logo. For more information, visit www.travelnevada.com/industry/grants.