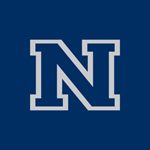 Looking Glass Learning (Loogla) is a new language and literacy platform competing for the Project Vesto grant of $100,000 sponsored by the state of Nevada Governor’s office. Loogla is the only education-based project out of 12 finalists.

The Latino Research Center at the University of Nevada, Reno supports language and literacy acquisition through Loogla, which generates any material on the web into language activities with support and guidance contributed by a community of instructors.

70% of people worldwide living in their native born country speak a second language. In the United States, that number is closer to 10%. Most language learners report hitting a plateau, a phenomenon well known to linguists, where increased efforts seem to yield fewer results. Most users, especially adults, give up during this frustrating period.

Loogla uses technology to respond to the increasing demand for advanced second-language acquisition by allowing learners to choose their own materials from the web to attain language skills. It is expected to reengage students who have abandoned their goals of bilingualism.