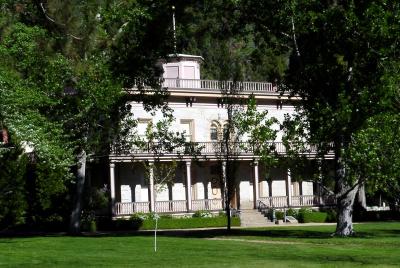 For the first time in four years, the recently renovated historic Bowers Mansion is once again open to the public and the spring-fed swimming pool re-opens Saturday, June 8.

Due to budget cuts and the recent recession, both the mansion and the pool have been closed since 2009. Now, thanks to several generous donations and grants, Washoe County will celebrate the renovations and upgrades June 14. Upcoming events include:

“Programs on the Porch” at the Mansion

Bowers Mansion offers a rare glimpse into Nevada life during the 1860s. The mansion was built in 1864 by Comstock millionaires L.S. “Sandy” Bowers and his wife Allison Oram. Their story reflects the rags-to-riches-to-rags tales so commonly associated with Nevada’s first silver boom. Along with the history, visitors are sure to enjoy the beauty of the mansion’s 16 rooms, each elegantly furnished with Victorian antiques. For more information, visit www.washoecounty.us/parks.