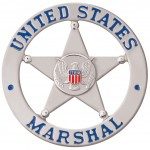 Three individuals, all with unrelated cases, were arrested in the past two days by the local U.S. Marshals led Fugitive Task Force and the Regional Sex Offender Notification Unit (RSONU).  The individuals arrested fled to Northern Nevada from Alaska, Utah and California.  In addition to these arrests, the U.S. Marshals Service will be conducting follow-up investigations to determine if any of the individuals have violated federal laws.

·        Brian Chavez arrested today in the city of Sparks.  He is wanted by the Alaska State Troopers for the alleged sexual assault of a minor.

·        Davis Ashby arrested yesterday in the city of Reno.  He is wanted by the state of Utah for parole violations.  Ashby is a convicted sex offender and has been charged locally for failing to register as a sex offender in the state of Nevada.

·        David Hopkins arrested yesterday in the city of Reno.  The U.S. Marshals developed information he relocated to Northern Nevada from California.  Hopkins is a convicted sex offender and has been charged locally for failing to register as a sex offender in the state of Nevada.

District of Nevada U.S. Marshal Christopher Hoye stated, “These arrests by our multi-agency task force once again shows out of state fugitives can’t escape justice by fleeing to Northern Nevada.”