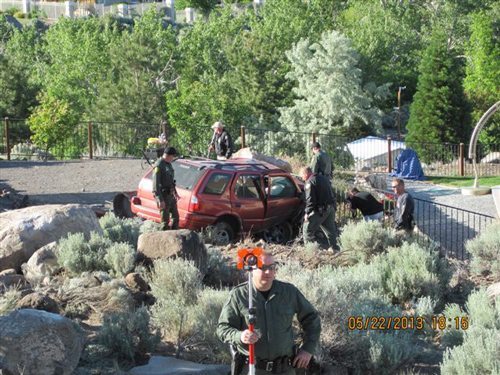 The Washoe County Medical Examiner’s Office has confirmed that formal identification and next of kin notification has been completed. The decedent has been positively identified as 21-year-old Reno resident Randell Mercado. Mercado was pronounced deceased at 4:26 p.m. 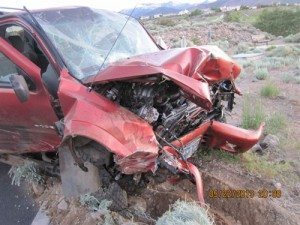 M.A.I.T. personnel confirmed that Mercado was driving a red-colored 2001 Isuzu SUV at a high rate of speed north bound on Welcome Way when he collided with a large boulder. Due to the velocity, Mercado’s SUV traveled into the backyard of a residence located on Tucumcari Circle; no persons at this residence were injured. Mercado’s vehicle had major damage.